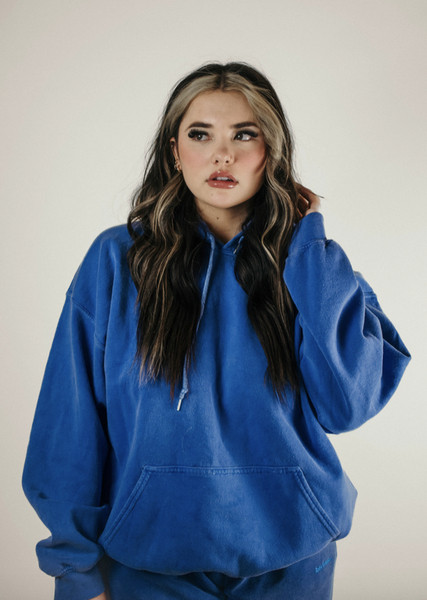 MILITIA VOX With THE VATICANTS Premiere “Living for Nothing” at Metal Sucks Today!

“I’m thrilled to be asked to sing this song- the words are beyond relevant in these modern times. Mental and emotional health are no longer dirty words or deep dark secrets. Everyone can say it out loud now when they are going through it and not be shamed for it. “LIVING FOR NOTHING” is an anthem for anyone who gets sensitive to life’s discontents. I hope it empowers those who need an outlet for their frustrations and it gives them strength.” – Militia Vox

Premiere: The Vaticants feat. Militia Vox, “Living for Nothing”

Today, Canadian glam, art-rock singer-songwriter/producer Art d’Ecco shares a music video for his brand new single entitled “Palm Slave.” As described by Art, the new track is “a cautionary tale about obsession, and how a misguided search for meaning and purpose, may lead some to very dark places.”

“Now it’s time for my favorite part of the party/When I go alone outside and listen,” sings Shawnna Stennes on “Quarter Century,” the third track on Palm Friends’ new EP The Delivery which is out today through Forged Artifacts. Shawnna’s voice is quiet but confident, both at the party and separate from it, satisfied and somehow still longing at the same time. It’s the perfect summation of Palm Friends’ music, the mix of melancholy and joy, suffused with the constant hope that things are getting better. The full EP comes off the back of earlier tips from FLOOD, Under the Radar, The Alternative and more.

Hard rock band LYLVC today released their debut single and accompanying video called “Perfect Drug”. The new song is the first for this North Carolina based band who have become fan favorites due to their fierce, tight and genre defying live shows. The single is the first in a series of songs to be released in advance of their debut EP scheduled for early summer, 2022.

Bronx-bred rapper/singer Sy Ari The Kid and Yonkers hip-hop icon Jadakiss team up for the music video “Unbreakable Promises” from Sy Ari Da Kid’s latest album The Shadow In The Shade. Directed by Major League Films, the two MCs celebrate their success while shedding light on the hurdles they faced along the way over a soothing soulful-sampled track courtesy of Vtng Jag. Sy Ari Da Kid met up with Jadakiss in Virginia to shoot the music video the same weekend the LOX filmed their acclaimed Verzuz battle with Dipset.

After breaking the charts worldwide with Escape of the Phoenix (2021), Gothenburg’s finest export of darkness, EVERGREY, enters a bewildering new chapter with their new album, A Heartless Portrait (The Orphean Testament), out May 20, 2022 via Napalm Records.

Morgan Wade Takes Us Away

Before arriving at Sony Music Nashville, Morgan Wade was stopping hearts and attracting attention for her ability to slice into moments of raw pain like they were an apple on the counter. Simple, straight-forward, the songs on Reckless reckoned with a more literal kind of pain and a strong self-awareness that prompted HITS to deem her “Kristofferson as a Gen Z woman.”

Indie/chamber pop vets Cloud Cult returned earlier this month with their first album in six years, Metamorphosis, and it finds their lush, distinct sound in fine form. We’re now premiering the video for the song “When You Reach the End,” which was created by one of the band’s Patreon members, artist Annabelle Popa, and features sped up footage of handwritten lyrics and accompanying drawings (with headshots of band leader Craig Minowa singing, faded into the background).

Lykke Li announces EYEYE (pronounced EYE), an immersive audiovisual album. Lykke’s most intimate project to date, EYEYE reunites her with longtime collaborator Björn Yttling, their first time working together since 2014’s acclaimed I NEVER LEARN. Recorded in her bedroom in Los Angeles, EYEYE is Lykke’s attempt to compress a lifetime of romantic obsession and female fantasy into a hyper sensory landscape.

The band was inspired to write this song when they were driving by the ocean on Sunshine Coast, BC in their 1989 Ford Econoline, and realized that this song they had been writing for the past 2 years was missing a perfect hook to tie everything together. “Nothing Good Comes Easy” is a reminder that in order to see the best views or experiences, you have to keep pushing ahead through the peaks and valleys of life.

Lykke Li announces EYEYE (pronounced EYE), an immersive audiovisual album. Lykke’s most intimate project to date, EYEYE reunites her with longtime collaborator Björn Yttling, their first time working together since 2014’s acclaimed I NEVER LEARN. Recorded in her bedroom in Los Angeles, EYEYE is Lykke’s attempt to compress a lifetime of romantic obsession and female fantasy into a hyper sensory landscape.

Following four studio albums and one live album, HVOB are about to release their sixth album: TOO is an angry, tender, vulnerable, determined account of a generation’s search for life. The album explores extremes in concept, content and sound. It breaks with the tradition of releasing the entire album following the advance release of a number of singles. The eight tracks from TOO have been released individually and sporadically. This way, the album grows into an eventual whole over a period of six months.

Produced by Stint (Gallant) and Blue Rondo (Young Thug), “Better Version” tells a story of being in a relationship with what feels like two different people. Sabrina proclaims, “I made the perfect you in my head / cause physically you are the blueprint / but internally god damn you’re a mess / so to stay with you I had to imagine.” The music video, directed by Ambar Navarro, plays off this theme by showcasing Sabrina experiencing flashes of one relationship on an LED screen while dealing with another in front of her.

Skate punk metal act SCARLATA has released the song “Ch’i Ling’s Spell” over at the Moshville Times. The song is from the upcoming album, Power Through, which will be released on April 22, 2022.

Immensely talented singer and songwriter Lauren Spencer-Smith shares the official music video to her breakout hit, “Fingers Crossed,” an ethereal, blue-hued visual that captures the anthemic nature of the song. Directed by Audrey Ellis Fox, the video sees Lauren in the narrator role, beautifully singing her lyrics as a young couple goes through the highs and lows of a romantic relationship. “Fingers Crossed,” embodies the raw, relatable storytelling that Lauren is capable of, and it resonated with millions — a snippet of the song had 25 million views on TikTok before catapulting to the charts, hitting the Top 50 on Spotify in 23 countries including Top 10 on the Global Chart, #2 in the US., and #1 in the UK. It also claimed the #1 spot on iTunes Overall Top Songs US Chart and peaked #1 on the Apple Music Global Chart, which was the first independent song of 2022 to do so. Currently, the song has over 170 million global streams.

Recorded, produced, mixed, and mastered exclusively by WHOKILLEDXIX, the track leans into glitchy video game-style keys as Karm The Tool and Yung Skayda trade verses with hypnotic hyperactivity. Their raps bounce over the beat as an instantly unshakable chorus takes hold. WHOKILLEDXIX also got their first spin for the new single on Jack Saunders’ Future Artists show on BBC Radio 1 on Tuesday as his “Power Play” and worldwide exclusive to launch the record.