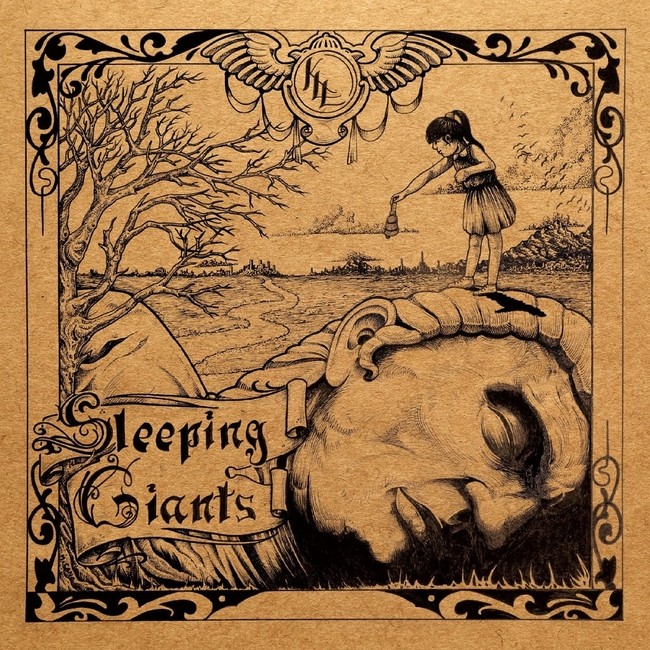 We need albums like this right now. As the world seems to be falling around our ears, wars and rumors of wars fill our heads, Kate Lynne Logan’s Sleeping Giants has the potential to act as the musical equivalent fresh air rushing into a smoky room. Her songwriting may not always be embracing the happiest of subjects, but every song has redemptive music looking towards a brighter tomorrow rather than sounding mired in the difficulties of the day. These songs are fraught with aural chaos, everything is very settled and guided along a defined trajectory, but they are wreathed with a survivor’s spirit.

It’s an ultimately exultant spirit. This comes across in the writing as well. “Something Good” introduces first timers to Logan’s style with an elegantly composed but conversational lyric nicely representative of her skill. I hear a moderate country influence in many of Logan’s songs, sometimes it’s even more overt, but it’s clear she’s always careful to moderate her influences rather than allowing any particular one to dominate. “You’re the One” is an obvious single to my ears but doesn’t announce those attributes in a crass or heavy-handed way. The melody is what sticks with me more than anything else, though Chris Mongillo’s electric guitar is memorable as well.

There’s a folk/pastoral quality to “Canyon” that’s impossible to deny. It’s reminiscent of Joni Mitchell at her most unadorned without ever trying to directly copy the Canadian legend and, besides, others will likely have different comparisons. It’s just a reference point for readers, nothing more. You will be hard pressed to find many dud lines in Logan’s lyrics and “Canyon” is no exception – there’s a sharp consciousness at work here that writes with intention and feeling.

“Giving Up On You” is territory we’ve visited before. There’s nothing particularly groundbreaking here in either the song’s music or subject matter but Logan does her customary five-star job of communicating her take on an experience many endure before long. Writing about such shared rites of passage is a good move for Logan. Natalie Vandeven plays an important role as a harmony vocalist for Logan and “Burn It Down” is her finest moment. It’s the album’s longest song as well, still clocking in under five minutes, and Logan makes the extra time matter.

The full band treatment “Let You Run” receives is another good move. Logan moves further in the direction of traditional country with this track, the presence of pedal steel is notable, but it doesn’t feel like a shallow attempt at cashing in with such fans. Everything about these songs is sincere. The subject matter for this is a little off the beaten path and delightfully so. “What It Means” lowers the album’s final curtain without ever breaking its streak of worthwhile songs. It’s no surprise. Everything about Sleeping Giants is signature for an artist near or at the peak of their respective powers and you can’t hear any signs of Kate Lynne Logan slowing down. These songs sparkle, some brighter than others, but everyone should enjoy how their luster.