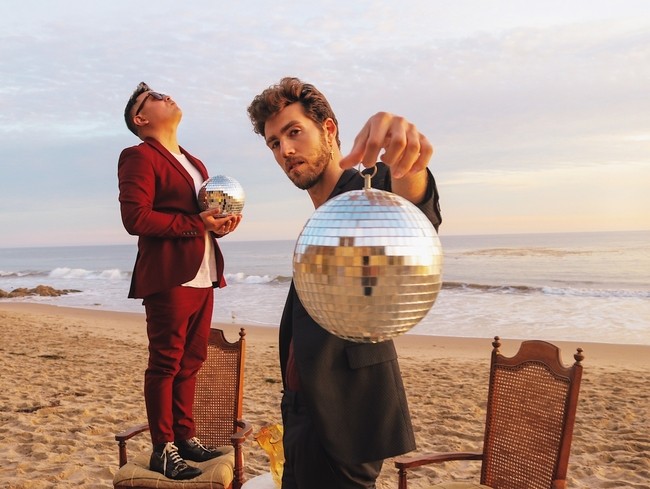 The Attire Releases Pop Album, “Songs About Girls Like You” and New Lyric Video

BMG pop duo, The Attire has released their anticipated debut album, Songs About Girls Like You. The 10-track collection is a blend of light and funky beats with romantic lyricism and features their previous singles “Luxury,” “Something In The Water,” and their viral hit, “Naked,” which garnered 3.3 million views on TikTok. Songs About Girls Like You channels the raw emotions endured in a relationship. “Our album is a compilation of songs threading through the ups & downs of a relationship,” says the duo. “From falling in love to falling apart – it demonstrates the key moments of a relationship from beginning to end.” Stream the album now and visit the band at TheAttireMusic.com.

Tracing Paces release their new single “No More”, delivering a taste of an audio feast inspired by ’70s and ’80s rock. Band members Jason Oquendo- Vocalist, Mateo Maldonado- Guitarist, Will Sadler- Drummer, Alex Booth- Bassist, and Jesse Li- Keyboardist are focused on their goal to create and pursue their own brand of classic rock n roll. Their single release “No More” confirms this undertaking as you listen to the solid musical roots pulsing through.

Listen On Youtube To The Track From Antmo GOTIT

Crows share new single ‘Garden Of England – a Brexit anthem on a divided country, and the story of the Journeyman | New album ‘Beware Believers’ out 1st April

Following breakout tracks ‘Slowly Separate’, and ‘Room 156’, this is another insight into the summer of 2019 when the album was written. Brexit was dominating the news and every conversation, and with it came lies from public figures, a country being divided, and frustration at what England was turning into.