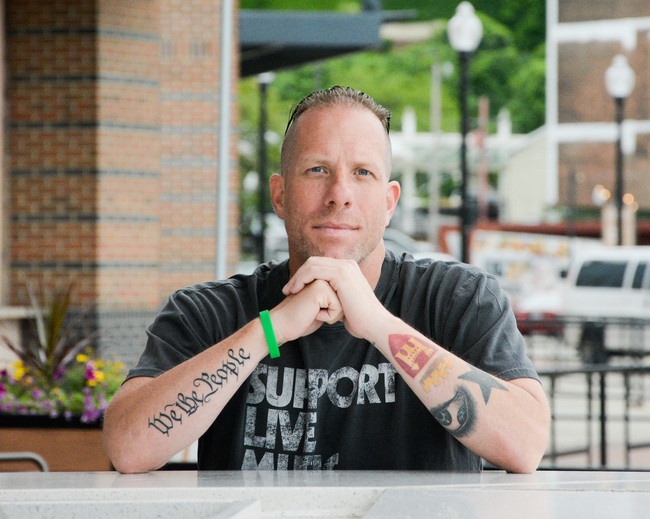 Here’s a word to add to your vocabulary: kenopsia. You may not know exactly what it is, but you’ve felt it. Kenopsia describes the eerie, uncanny feeling of empty spaces that once were crowded. Returning to a place of business after hours, exploring abandoned buildings, visiting an old school long after you’ve graduated, or just driving around a sleeping city in the wee hours: all of these might engender a powerful feeling of longing and loss.

As the places we know best have been evacuated and reimagined to enforce distancing regulations, the pandemic has plunged us all into kenopsia. John Templeman of J Temp 13 acknowledges that the rules have changed, and he’s done his part to accommodate and adjust to the new world we’ve had to invent on the fly. But he’s a rocker to the core, and he misses clubs and concert halls — and on “Kenopsia,” his latest single, he pledges his allegiance to live music and the togetherness it engenders. He’s determined to beat the sense of alienation that has overcome live music scenes and get back on stage where he belongs.

With a song like “Kenopsia,” you’ll know why immediately. This is a four-alarm fire of a track: a relentless rocker with lacerating, overdriven guitar, pounding drums, and a committed, full-throated, impassioned lead vocal by Templeman. Everything about the song is meant for the club. From the very first downstroke to the final ringing cymbal crash, you can feel the press of bodies, the heat of the stage lights, the shouting and the laughter and the sweat. It’s everything we’ve been missing for the past two years, summed up in three minutes of incendiary rock. The good news — with case numbers coming down all over the country, there’s reason to believe we won’t be waiting very much longer.

But for the moment, kenopsia still reigns across America. Tarana Parekh’s beautiful lyric video for the song captures the haunting quality of silent places and makes the concept of kenopsia manifest in every ghostly shot. J Temp 13 takes us inside the concrete halls of disused factories and lets the camera linger on cavernous, quiet interiors, riddled with graffiti and other evidence of human habitation – but utterly empty. Yet as spectacular as those shots are, there’s nothing in the clip quite as wrenching as the images of the empty chairs at concert halls. “Where do we play?,” Templeman roars, his pain and frustration evident. That wild and unquenchable desire to connect makes it clear that we’ll all be back soon enough.