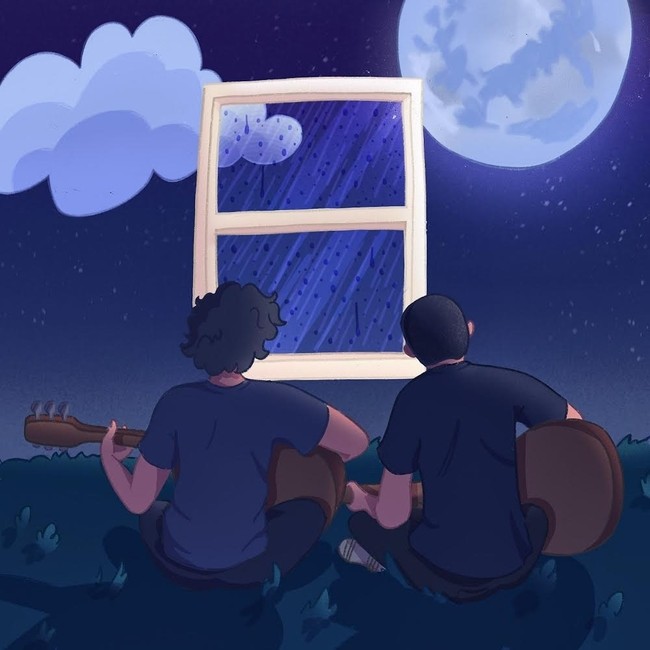 The song “it’s raining outside” is a 3 min track about finding your way back to life after you have lost someone you love. It explores the depths of pain that one goes through when someone you trust leaves your side. The rain outside is a metaphor for the pain inside. The song ultimately is a song of hope. Certain influences of musicians like John Mayor, Jacob Collier and the Beatles can be heard in the song. The song took approximately 7 months to make. An interesting coincidence also occurred, when the song “its raining outside” released at 11:59pm, It randomly started raining out of nowhere in Gurgaon, India.

ahaan. is the moniker of Udai Ahaan Khanna. He is a singer-songwriter based in Gurgaon. He started listening to Indian classical music from the young age of 7, which fueled his passion for learning about other styles of music. He is a self taught multi – instrumentalist and vocalist. His music takes inspiration from Jacob Collier and John Mayer. He plans to release a number of songs in the following year.

Arjun Singh Puri is a self-taught singer-songwriter, guitarist, and producer. He is influenced by a wide variety of artists ranging from Pink Floyd, BB King, Stevie Ray Vaughan, and the Beatles to more modern day artists like John Mayer, Daniel Caesar, Peter Cat Recording Co to name just a few