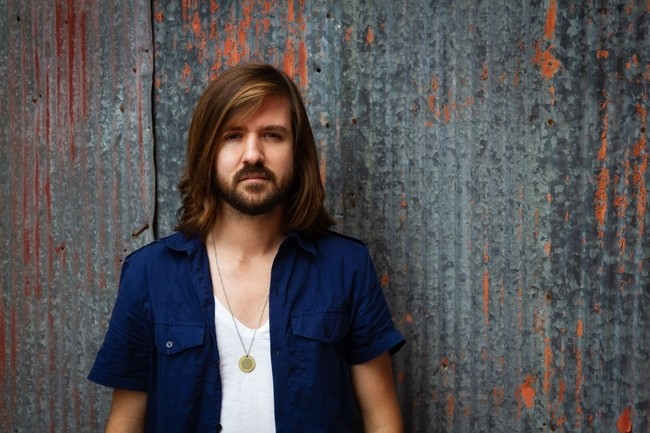 Americana/roots rock singer-songwriter Jon Tyler Wiley sat down recently with @skopemag to talk about his amazing new album, “The Longing” (out now).

@skopemag: Hi, Jon! Tell us about “The Longing.”

Jon: I’ve always loved more experimental music. Between tours, I found a demo of an old song I’d written in college and decided to finish it. I played drums on a keyboard, used GarageBand guitar and bass amps, improvised many of the takes, seeing where the music took me. I realized I didn’t need a producer or a fancy recording studio. I could record like that, just one person in the room. I made the album that way, only going to another studio to re-record real drums. That first demo was “Whiskey,” and it’s the third song on the record.

@skopemag: “Just Another Heartbreak Song” is awesome. What’s it about?

Jon: Thank you! I have disdain for stereotypical breakup songs. Because of that, I had the phrase “just another heartbreak song” in my head; I just didn’t have an idea for how to use it. I had a buddy who had his heart broken in a bar and never went there again after it happened. It was like he had his favorite place taken from him. That became the basis of the song.

Jon: I love storytelling, the tradition of Americana music. However, I’ve always been at war with the phrase “three chords and the truth,” which gets used to describe a lot of country and folk music. As much as I love that music, I also love Radiohead, Wilco, The Beatles, and artists who haven’t been afraid to take musical risks and make some very sophisticated musical decisions. When I sat down to record the album, I wanted to rebel against some traditional song structures and songwriting “rules.” I wanted to get weird. I wanted to make some rock and roll noise AND tell stories, so that’s what I did. You get bits and pieces of Americana/country, you get some Abbey Road, and you get some fuzzed-out guitar solos as well.