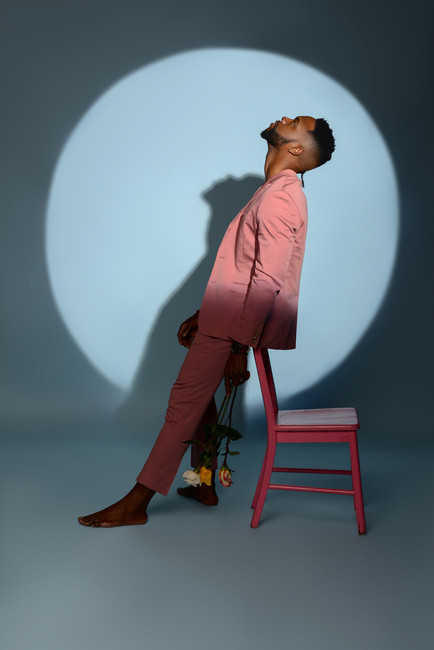 Sometimes, love isn’t hot. Sometimes, infatuation and unfulfilled romantic longing can plunge the afflicted person into an emotional state reminiscent of an ice bath. There he stays, frozen out of time, in suspension, hijacked from daily activity and unable to re-enter the flow of everyday life until the feeling stops. St. Louis R&B and soul singer Stringz EMB knows what that’s like. “Hijacked,” his latest single, is an exploration of love at its chilliest — and its music video, which he directed himself, takes us to a stark, gorgeous, snow-covered mountain top in the Rocky Mountains of Colorado. It’s a perfect visual metaphor for the singer’s tormented, wintry heart; it’s an awesome sight to behold, too.

“Hijacked” is just the latest demonstration of Stringz EMB’s striking ability to channel and communicate complicated emotions through his songwriting and performances. It’s not exactly a love song, not exactly a confession, either, and it isn’t entirely a come-on. Instead, it’s a singular combination of all three and a specific description of an in-between state that everybody has experienced but which few can pin down so persuasively. Stringz’s supple voice can handle nuance: it’s impassioned and soulful one minute, distant and icy the next, in turns cajoling, wounded, teasing, and pugnacious. It takes a writer and singer of uncommon sensitivity to fit so much meaning and implication into a three-minute pop song.

It’s hardly the first time he’s turned the trick. Over his career, Stringz EMB has built a catalog of thoughtful, emotionally sophisticated, smartly-written soul and R&B songs — and they’ve gotten him noticed far beyond the city limits of St. Louis. A tireless performer, he’s taken his stage show from coast to coast, sharing stages with ATG of Discrepancies, Lyfe Jennings, Bubba Sparxxx, and Murphy Lee. But no matter how far his success has taken him, he remains deeply rooted in the Eastern Missouri music scene. His recent stand of sold-out performances at the Diamond Music Hall in St. Peter’s, Missouri testifies to his hometown popularity.

There are plenty of shots of St. Louis in the “Hijacked” clip: any time Stringz EMB is shown with the lover who has captured his heart, he’s pointedly at home. But when he’s in the mountain cabin that symbolizes his frigid disposition, surrounded by high, snow-covered pines and trackless, frosty wilderness, he’s by himself. (He *does* take a trip into Denver to a marijuana dispensary; even the lovelorn need supplies). His camera lingers on the pure white surfaces and powdery snow — the pristine feel of land in repose. The singer wanders through the snow in shorts and with no jacket around his shoulders, exposed, vulnerable, yet somehow unperturbed. He’s so overwhelmed by emotion that he has, ironically, become numb.