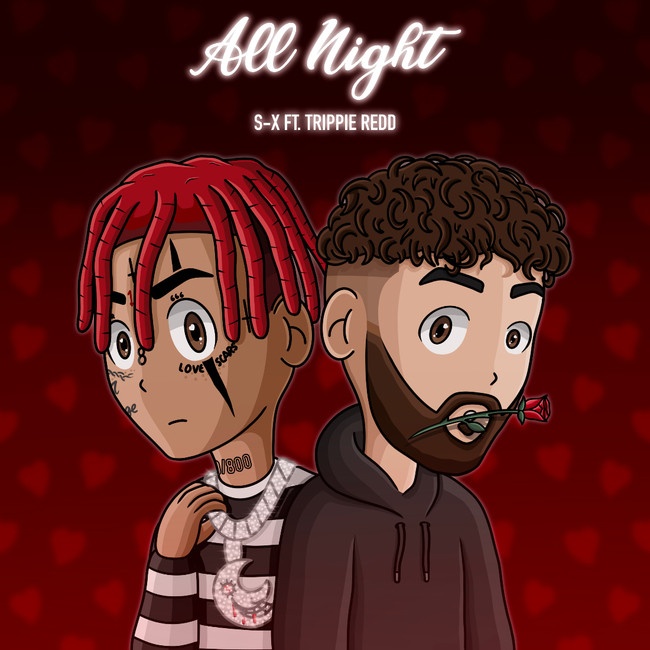 2022 marks the return of new music from critically acclaimed producer turned pop star S-X, teaming up with multi-platinum selling rap sensation Trippie Redd for their silky new single, “All Night.” Charged by an electric production, the heart-on-sleeve track is bridged with S-X’s world-class vocals, Trippie Redd’s effortless flow and Digital Farm Animals’ production, the fruits of which make for hook-laden remedy to beat the January blues. “All Night” is out now and available on all streaming platforms via BMG / RBC Records.

The breezy new single from S-X will appear on his forthcoming debut album later this year and follows the 2021 release of his mixtape ‘A Repeat Wouldn’t Go A Miss.’ His sounds have long been shaping the industry, it’s just that now for the first time his voice will truly be heard. The “Wolverhampton wonderkid” has a producer’s ear, a pop-star’s voice, and is one of the nicest guys in the business to boot.