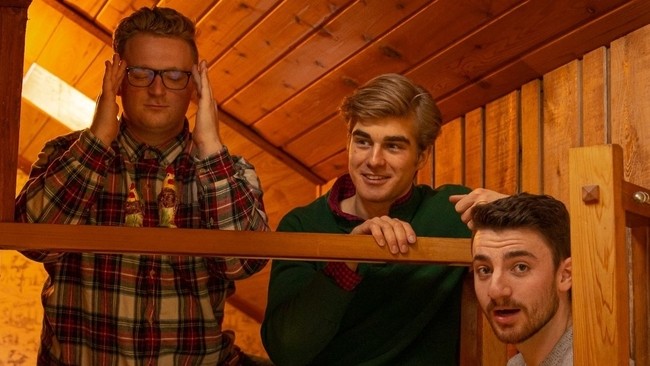 Despite their hometown roots on Vancouver Island, where most of the population consists of senior citizens, Summer Rain emits a pop and folk-rock sound appealing to audiences of all ages. The band’s latest single, “Leave This Town,” highlights the distinctive qualities of the group and its music. In March 2019, Will McLelland (guitar/vocals) asked Josh Beausoleil (bass, vocals) and Logan Hale (drums) to play as his backing band for one of his pre booked shows. They began rehearsing together, and Summer Rain became the band we know and love. Although pandemic-inflicted circumstances were not ideal, Summer Rain has prevailed, spending more time writing and recording songs and less time playing live shows. Their perseverance and positive outlook through it all, as they continue their art with the hope of drawing attention from people outside their community’s demographic, is inspiring. With that, the consistent relatability of their lyrics and well-crafted music as a whole shall not go unnoticed by listeners.

Based on Summer Rain’s upbringing, this song explains how their town’s lack of opportunity often holds back a band of their caliber. There’s a clear shortage of young people local to the area, and what’s more, the venues they can secure in their area are mostly low profile. Together, these truths leave the members of Summer Rain feeling trapped at home in Qualicum Beach. The song addresses their passion and desire for what they do, which feeds their eagerness to leave their town, seize their youth and have the freedom to pursue greater things. As for the instrumentals, “Leave This Town” features McLelland’s strongest guitar solo yet. The song’s natural flow and steady beats progress beautifully into the key change and through to the end. Its timeless charm is guaranteed to draw people in and keep them playing this single on loop for years to come.

Keeping with the overall theme, viewers get to tag along with McLelland through the town that inspired this hit single. The humor tied into this video can be compared to the oddball acts expected in old Beatles imagery. Besides McLelland getting food and drinks intentionally thrown on him by elderly passersby, viewers also witness him being watched and followed by a mysterious clown character. These seemingly random acts lead to his car getting stolen, the clown catching up with him, and McLelland being knocked out by the clown with a bat. We are then brought 60 years ahead in time, seeing McLelland, Beausoleil, and Hale as senior citizens playing chess together in the same old town, still filled with old-timers. Continuing the theme of comic relief is a short skit at the end of the video that is definitely worth sticking around for. The members of Summer Rain each play old geezers similar to Gumby Brain Specialist from Monty Python. So, unlike the folks on Vancouver Island, this music video from Summer Rain never gets old.