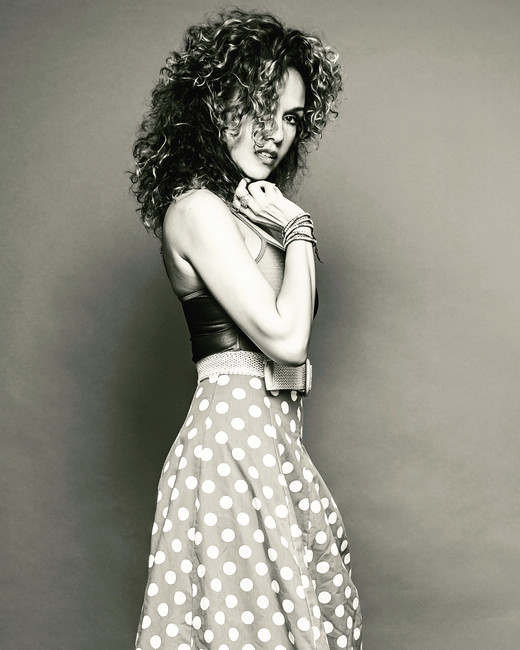 Estani Frizzell straddles styles so gracefully that it can be tricky to tell just how pioneering she is. Who else stands at the intersection of jazz, reggae, salsa, South of the Border pop, and neo-soul with such confidence? An Estani Frizzell song is always a bold experiment: a genre-busting, tradition-defying, wall-shattering exercise is musical amalgamation. But because she sings so sweetly and writes so seamlessly, you might never notice how audacious her project is.

Not that she’d mind at all. She’s here to elevate, illuminate, and entertain (and occasionally educate, too: she’s a well-respected voice teacher as well as a popular artist). Estani Frizzell isn’t ostentatious about her ambition because she doesn’t have to be. She knows that if you stick around and listen long enough — and her music does tend to elicit powerful feelings of attachment — you’ll get it.

Take “Tell Me Why,” her newest single. The song is about the constant state of divisiveness and the need to be right with one’s viewpoint. Because of this, we remain somewhat stuck, constantly trying to fit a circle in someone else’s square and vice versa rather than respecting others’ opinions and ideas regardless if they don’t fit within a certain narrative. It floats in on an island breeze: the beats and vibe are pure Caribbean sunshine. Yet the harmonies bear the sophistication of jazz composition, and the production leans toward the immediacy of modern, grown-up pop. Then there’s Frizzell’s vocal performance, which draws from gospel and the sweetest soul.

How does she get all of these influences to hang together so beautifully? That’s part of the magic that she generates every time she steps to the microphone. Without giving too many of her secrets away, it’s worth noting that Estani Frizzell has never thrown away a single idea. The Austin, TX-based artist brings years of experience and a truly impressive, stylistically wide-ranging, globetrotting CV to the vocal booth. Frizzell has fronted the stellar Ascension for years, supported Italian pop star Laura Pausini and Regional Mexican legend Joan Sebastian, and appeared at the Montreal Jazz Festival and the Staples Center in Los Angeles. Wherever she’s gone, she’s absorbed musical ideas — and on her new album, she’s sharing everything she’s learned and all the wisdom she’s acquired.

The clip for “Tell Me Why” presents Estani Frizzell as the master of ceremonies: she’s surrounded by a group of beautiful people, many of whom are dancing, and each of whom has bathed their hands in a different primary color. The video is symbolic of everyday people in their natural state – a clear representation of people being who they truly are. Some of the shots in the video simply feature those hands in action; others show off the members of the cast enthusiastically painting one another. The result is striking, playfully flirty, and chromatically intense, and the ideal setting for the videogenic Frizzell’s magnetic screen performance. The paint is symbolic of a variety of standards (beauty standards, cultural standards, racism, ego, political stance, etc.). Frizzell says, “For me, adding the paint was a way of expressing the equality of each individual. The focus becomes more about the paint than the people, representative of the collective unity, rather than the stand alone as individuals.”