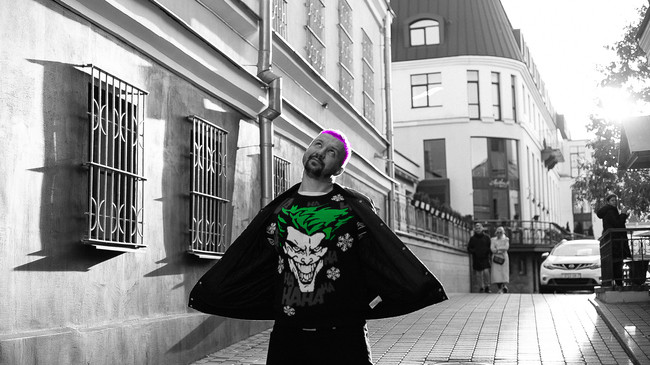 Some of the most innovative electronic music in the world is coming from Eastern Europe, and Kulikovsky in Minsk is right in the middle of that movement. Starting as an underground DJ superstar, he’s gone on to tour all over Europe and the former USSR. Kulikovsky’s music has also been placed on underground UK stations and major radio stations like BBC Radio1. Kulikovsky creates unique songs with signature sound and out-of-the-box music videos. He’s become one of the leading lights of electronic music in his country — and it won’t be long before the world takes notice.

From the serpentine synthesizers to the propulsive beats to the smooth, radiant vocals, everything about Kulikovsky’s sound is cutting-edge. Yet the young producer and multi-instrumentalist is, in a way, simply carrying on local tradition. Minsk has always been a cultural crossroads, where influences from Western Europe, the Nordic countries, and the deepest of Russia all mingle. The Belarusian capital has a long history of challenging classical music and distinctive folk, and echoes of those styles are audible in Kulikovsky’s mixes. His songs boast the structure and melodic development of classical pieces, the immediacy of folk, and the relentlessness characteristic of the small but growing Minsk rave scene. “Burning Up” is as sturdily built as dance songs ever get. It builds from its intoxicating verse to a dazzling chorus and drops into a truly mesmerizing, atmospheric ambient section before the beat comes charging back. Those who know Kulikovsky from his early autumn hit “How U Like It” will be right at home. For the many to whom Kulikovsky is new: welcome to the party.

The “How U Like It” video turned the camera on a quartet of beautiful women. The “Burning Up” clip is every bit as sexy, but the mood is transformed. Where “How U Like It” was all bright lights and crisp contours, “Burning Up” is murky, dreamlike, immersive, and shrouded in mystery. All the women in the video look as if they’re keeping secrets — possibly explosive ones. One girl dances in slo-mo in a room full of streamers; another, with her back turned to the camera, holds a pair of torches aloft; another poses in front of the colored lights of a game machine at an arcade. Most strikingly, a woman wearing glitter presses her face against a transparent surface and does so under a blacklight. Her expression is inscrutable, her aim is unsearchable, and when the illumination dims, all that’s visible are the lipstick traces.