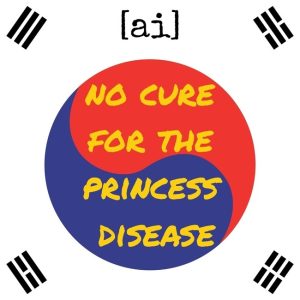 Budding pop superstars [ai] have released the video for the single “The Subway Song” from their new offering No Cure for the Princess Disease, set to be unveiled later this year.

Fans of the rock n roll classics or late 80’s/early 90’s rock will enjoy the Replacements and Pixies-esque guitars that begin this tasty pop kernel. With easy to remember and relatable lyrics, a fine vocal timbre and upbeat vibe, “The Subway Song” is sure to make this exciting artist conglomerate an underground secret no more.

[ai]—as in I, eye, aye, etc.—is an independent musical collective directed by Texas-born singer-songwriter Mark Will. Based on the island of Taiwan, the backdrop for the songs on Carmina Formosa (2016) and Carmina Formosa Deluxe (2020), the group creates its sonic alchemy in collaboration with producer Zen Chien (a.k.a. the George Martin of Asia) at the legendary 112F Recording Studio in Taipei (a.k.a. Abbey Road East).

Tracks from the Carmina Formosa project have received considerable notoriety. The funk-inspired tune “The Kinkster” was honored as “most bonobo song” of 2016 by sex therapist Dr. Susan Block, and since that time it has been the unofficial theme song of her podcast and radio show. In July of 2021, “Dystopian Theme Song” was featured as “song of the day” on the Media Monarchy morning program, which showcases “real-deal independent protest music.” The ballad “Love in the Time of Tuberculosis” has been praised by the publication A&R Factory as an “archaically infectious serenade” and a “uniquely captivating soundscape.”

The band’s new album, No Cure for the Princess Disease, is scheduled for release in November of 2021. With innovative and surprising variations on the genres of hard rock, alternative rock, prog rock, rockabilly, pop, and punk, the Korea-themed record offers listeners a wide variety of auditory experiences. Mark Will’s songwriting is firmly rooted in the best of the classic rock tradition, his workmanlike basslines and emotive vocals are complemented by the virtuoso performances of guitarist C.J. Hsu and drummer Cody Byassee, and studio wizard Zen Chien’s production is, as always, state-of-the-art. It might safely be said that there is at least one song for every type of music fan on No Cure for the Princess Disease.

So if you like the bardic lyricism of Dylan, the exuberant craftsmanship of the Beatles, the raw power of the Stones, the conceptual experimentalism of Pink Floyd, the transgressive artistry of the Velvet Underground, and the DIY ethic of the Sex Pistols—well, dear listener, you may have found your new favorite band. Are you ready for the expat rock revolution? All in favor, say [ai]!