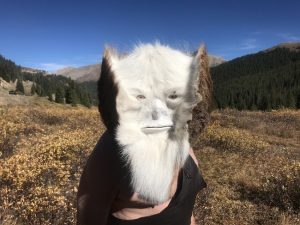 When you listen to Staunch Moderates, it’s guaranteed to be one hell of a trip. That’s because they have embraced a bold vision of breaking down the barriers of the political divide. Founded in 2019 by Greg Simmons and Bo Persiko of Aspen, Colorado, the group started campaigning for a safe place for both political parties to engage in dialogue when the 2020 election was on the horizon. Now, utilizing the unifying power of music, Staunch Moderates is bringing their mission to listers from all backgrounds. The group doesn’t have a defining sound or genre, making them flexible and creatively experimental. Take a listen to any one of their tracks like “Socrates Cafe” or “Bill Maher,” and you’re in for something new each time.

Staunch Moderates embrace what some may find absurd. Their latest song, “Bill Maher,” is an ode to the HBO political talk show host. The rap mix outlines how the artist encountered Bill at a sushi restaurant and how impactful his talk show is to the political sphere. The music video is a DIY project adding lovable characters to the song and group. It features both Casanova Ace and Greg Simmons performing to the camera with a special guest appearance from their mascot, an eight-foot-tall Bigfoot. Staunch Moderates effortlessly combines humor, seriousness, and lyrical genius together in every song they craft.