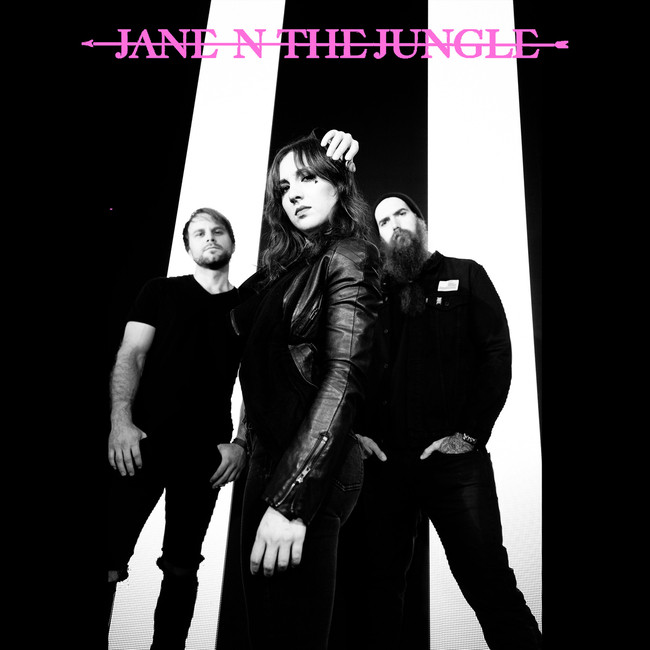 With intoxicating vocals and ferocious star power, Jane N’ The Jungle lead vocalist Jordan White sets the stage on fire with each rock offering. Her bandmates Brian Dellis and Bryan Dague bring forth cascading guitars and deep driving bass that merge modern rock n roll with alternative and punk trimmings. Their emotionally charged, hard-hitting music style combines elements of angst, drama, and reckless fun. On the heels of their most recent music video “Trouble” there has been a tailwind of momentum captured by features on MTV, Music Choice, Sirius XM and Spotify editorial playlists making a lasting impression on all fans of rock!

Jane N’ The Jungle’s fierce hit “Ain’t No Other Way,” wraps you in a haze of glitzy rock and punk flare. Under the glow of neon lights and smoke, Jordan White brings rockstar theatrics as she performs. With any Jane N’ The Jungle track, it’s almost a disservice not to mention Jordan’s booming vocals that cut through the instrumentals with raw passion and determination. Her unmistakable voice cries out lyrics of heartbreak and love. In an adrenaline-fueled rush, the song hits its peak with a fiery guitar solo by Brain Dellis and bottom end provided by Bryan Dague as Jordan belts out under a beaming spotlight flooded by rain. The headbanging, blood-pumping track is seriously addicting, and the visuals match the song’s upbeat nature.