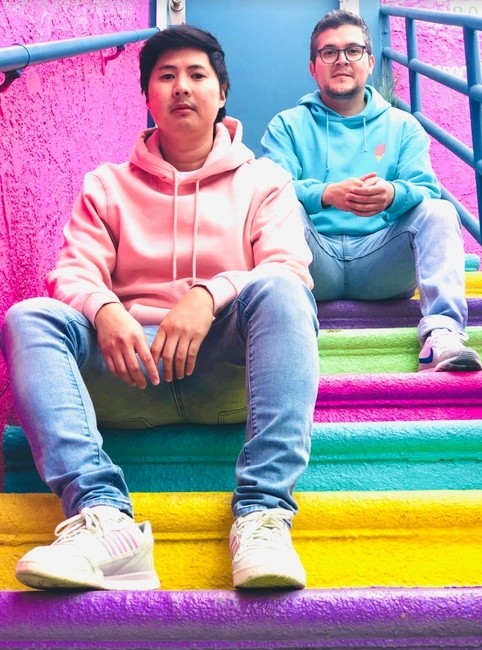 After the COVID-19 pandemic put live music and song production on hold last March, things are finally starting to look up and get back on track. Artists left and right can release new music again, and Cool Set is one of them. Cool Set is the newest musical duo to come out of Dallas, Texas. Before they came to be, Jose Sandoval and Tex Sirisawat were chasing after their individual music dreams. Jose was in an indie-rock band in 2012 and attended the Musician’s Institute in California; his song “Unwind” went viral on Spotify with over 1 million streams. Tex used to play around in punk and indie rock bands where he jumped from jamming on the keys to rocking the drums; one of them signed to Idol Records. The two came together through a mutual friend, and the rest is history.

“Summer Retro,” Cool Set’s debut single, has been in the making for about a year, and it’s finally time for the world to hear it. “Summer Retro” is a summery, electronic-pop track and the perfect introduction to this group’s unique sound. The song came to life one night when Tex and Jose were bouncing ideas off of one another. After years of only hearing their individual sounds, they clung to the other’s ideas. The year 2020 put a kink in their recording plans, and they were finally able to record in June at the iconic Valve Studios in Dallas. Superstar producer Casey Di Iorio (Bowling For Soup, Snoop Dogg, The Polyphonic Spree) was behind the boards.

This summer video has the perfect summer backdrop: the entire city of Los Angeles. The “Summer Retro” video starts with a zooming overshot view of the packed boardwalk at the Santa Monica Pier. The traveling, studio, and documentary clips shot with an iPhone are incorporated for B-roll to show what happened behind-the-scenes. “Summer Retro” is a celebration of the end of the pandemic and everyone’s excitement to get back to normal. It’s a love song that yearns for the past, the happier times when things were better. Throughout the video, we see passing clips of the guys going to iconic LA locations -Venice Beach, Beverly Hills, Sunset Blvd – as well as recording their song in Dallas. It’s all in the palms of their hands. It’s the perfect introduction for Cool Set, and we can’t wait to see what these guys get up to next.