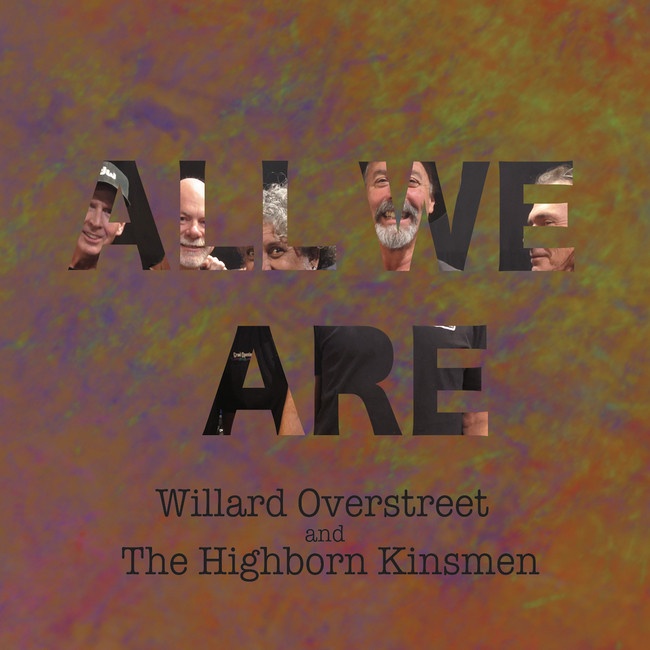 Willard Overstreet and the Highborn Kinsmen is a long band name. However, the group’s music isn’t quite so complicated. Instead, it’s instead relatively straightforward rock music, which supports strong, relatable songs.

The song you may notice first from this eleven-track album is a cover of “Heart of Glass.” The original of it was controversial when Blondie initially released it. Blondie had been part of New York’s CBGB scene; a movement that also gave the world Talking Heads and the Ramones. In other words, Blondie was a pioneering act in the new wave/punk movement. What made this single so controversial, was that it was driven by a disco beat. If you were around at the time and you listened to rock radio, there was a popular saying at the time, ‘disco sucks!’ Disco was seen as the antithesis of rock and roll. The polar opposite to noisy rock music. It was something played for dancing, not for listening or combing over lyrics. Mindless stuff, to those that hated the style. Overstreet’s take on the popular hit is not disco. It’s not especially rock, either. Instead, it’s a gentle, meditative, thoughtful examination of a relationship that turned out bad. Hence, the fragile heart of glass – so easy to break.

Lyrically, many of these songs focus on familiar romantic topics. For instance, one of these is titled “Fool in Love.” Ah, love does make us do foolish things. We’re not always in our right minds, when under love’s spell. In this case, the character in the song believed a lot of untruths because he was, after all, a fool in love. It’s a similar circumstance to the character in “Heart of Glass.” We can so often get ourselves into emotionally dangerous situations when love is overly influencing us. Such is certainly the case with this individual.

Although much of this music is guitar music, mostly of the acoustic variety, the album closes with a piano ballad titled “Ballad of a Small Town Girl.” It’s about a girl leaving the small town south and headed for a bigger city in the north. It sounds a lot like a Kinks ballad. Overstreet’s vocal is even similar to Kinks’ vocalist, Ray Davies.

Whereas “Ballad of a Small Town Girl” is quiet, Overstreet and band raise the volume significantly with “Light,” which opens with an elongated intro featuring classic rock elements, including electric guitar and organ. Lyrically, it speaks about a person that has a light in his/her soul. It could be about anyone and everyone, actually. It comes off as a spiritual observation. Such light is something we many times forget about with the overall busyness of our lives. We’re so micro focused on our jobs, our families and just getting by, that we may not know the positive impact we can have on those around us. This song is a wonderful reminder of that truth. Perhaps it’s the opposite to that that’s addressed with “Devil’s Man.” Over a sparse arrangement, the song’s character tells of how he doesn’t want to be the devil’s man. It sounds a little like Robert Johnson’s deal with the devil at the crossroads. Only in this case, the dealt one is having great buyer’s remorse.

Yes, there’s a lot going on with these Highborn Kinsmen, and most of it is quite good.