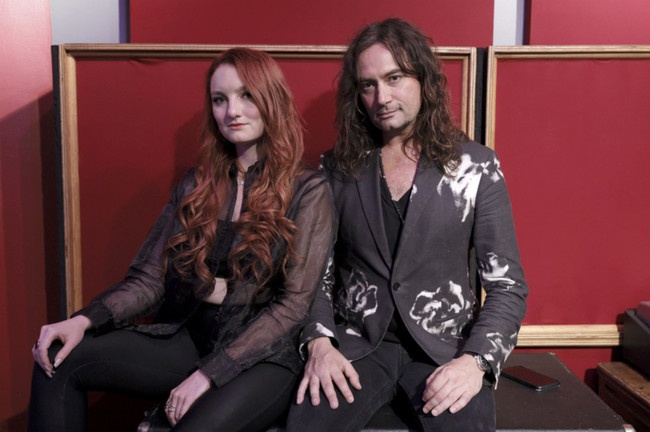 South Florida pop singer-songwriter Kendra Erika is set to release her new single a dance version of “As Long As You’re Mine” from Wicked to celebrate Wicked as well as 40+ other productions coming back to Broadway this fall. This remake will be a duet featuring Kendra Erika and 2x Tony Award nominee, Rock of Ages star, American Idol finalist and host of Cuz Saturday Night Rocks! on WABC Constantine Maroulis.

Multi-Platinum Recording artist with the Trans-Siberian Orchestra, Creator of Rocktopia and 9 time Broadway Star Rob Evan will serve as Executive Producer of the track. Rob is best known for starring as Jekyll and Hyde for over 1000 times on Broadway. The track will also be co-produced by Giuseppe D. (Lady Gaga, Whitney Houston). This remake will see Kendra going back to her roots in musical theater where she got her start in music before having five Top 10 dance hits including “Self Control” which reached #1 on the Billboard Dance Chart as well as single “So Fly” that’s currently in Top 10 on the UK Dance Charts.

When asked about her upcoming collaboration with Constantine, Kendra said, “I’m thrilled to be working with such a great talent like Constantine. He reflects everything in theatre and pop music and certainly will bring an added flavor to this track.” “I’m excited to rock out with Kendra who is such a talented emerging artist. With Broadway re-opening and the great anticipation of that, it’s important to celebrate the amazing contemporary musical theater compositions that make Broadway so impactful today. Stoked to bring our new twist to this great tune!” says Constantine.

Kendra Erika is a spicy, bold, artist with a touch of vintage Hollywood complemented by the desire to help others. It’s fitting that Hollywood Life dubbed her “the queen of hearts,” and that she has attracted musical collaborations with the creme de la crème in the industry. She has worked with a bevy of Grammy winning producers such as Charlie Midnight; Jan Fairchild (Elton John, Mary J Blige); John DeNicola (Hungry Eyes and Time of my Life from Dirty Dancing); Damon Sharpe (Ariana Grande, Jennifer Lopez); Ned Cameron (Kid Ink, Lil Wayne); Mark Mangold (Cher, Michael Bolton); Luigie “LUGO” Gonzalez (Janet Jackson, Madonna, Barbra Streisand); and Ronnie “CHICO” DiCicco (JLo, Kistine W, Rihanna, Britney Spears). Fans will get the opportunity to hear more of these collaborations with these amazing producers when Kendra releases her forthcoming album scheduled for release later this year on her own label Oystershell Music via a new distribution deal with industry leader Symphonic distribution. Stay tuned to Kendra’s socials (below) for more information in the buildup to Kendra’s upcoming album release..