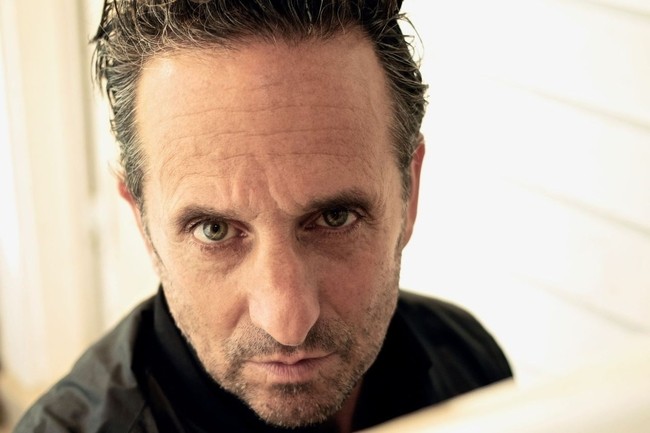 Critically acclaimed singer-songwriter Ike Reilly is back with a new album, “Because the Angels” (out now). In part one of our chat with him, Ike fills @skopemag in on the album and his amazing single, “Racquel Blue.”

@skopemag: Tell us about your new album, “Because the Angels.” How did it come together?

Ike: “Because The Angels” is an American rock & roll record that we recorded in hopes of it becoming a mainstay soundtrack at wakes, weddings, funerals, baptisms, sorority balls, soccer games, and big box stores.

The title is taken from the first line of the chorus on the opening song, “Little Messiahs.” “Because The Angels” is an excuse for bad behavior and an answer for the inexplicable – or the convenience of faith.

@skopemag: One of your singles, “Racquel Blue,” is amazing. We really love it – great sound and fantastic vibe. Let’s dive into the song itself. What is the story behind it?

Ike: Thanks! Racquel Blue is a drug, a woman, a place… whatever ya want it to be. The characters and specific locations are real, the relationships are muddied truth, and the point of view changes throughout, but it’s based on some real people I love and a real place that I have mythologized. Some of it takes place in a memory and some of it takes place in Trelawny. There is the sense of longing, failure, and heartbreak held together by hope that I think we got to come across on this recording. My incredible band and analog recording created the cinematic template. We were tracking to tape at a studio in Illinois. We were all in the same room. Phil Karnats on electric, Dave Cottini on drums, Adam Krier on organ, Pete Cimbalo on bass, and I was standing up singing and playing acoustic while I faced the band. The band had not heard this finished arrangement. We did three takes, and the third one was the one. I think when my kids added those gang background vocals the songs really became special.

@skopemag: Check back next week for more with Ike Reilly!