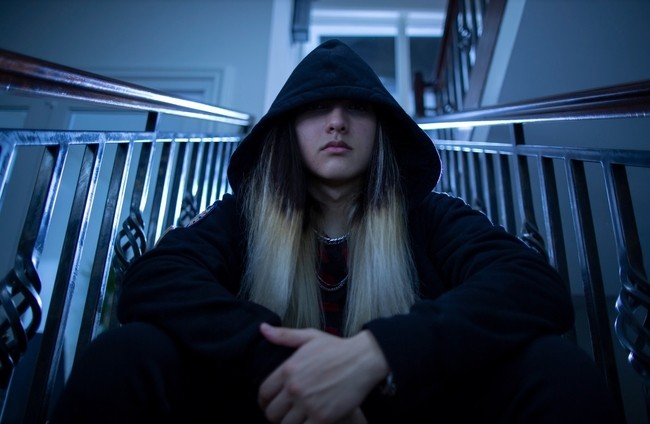 While most high school students are still figuring out their path in life, indie rap artist DICI is on the road to becoming a hit-making machine. At just 18 years old, the creative visionary has been producing sonic textures, freestyle rhymes, and bass bumping beats throughout quarantine, consistently elevating his craft. This hustle has allowed him to garner an international following, where he has accumulated over 1.5 million streams on YouTube and one million on Spotify across 100 countries. Not only is DICI a talented artist, but he has always had an entrepreneurial mindset. As early as his middle school days, he would sell customized sneakers to classmates. Now, the young artist has accomplished what most adults dream of in their lifetime, developing his brand and identity through his label DICI Records LLC. The multitalented rapper is only heating up with the highly anticipated release of his 7-track debut album DOSES.

DICI is a skilled storyteller, and it’s evident through his bar spitting raps and his visually-gripping music videos. With the help of Emmy-winning director and cinematographer Brian Bayerl, DICI lets his boldest visual concepts run wild. For his track “Flip,” the rapper breaks into a luxury villa and performs on security camera footage. He alternates from sunny shots in the courtyard to moody, cascading lights in the hallways. DICI’s ability to discuss mature concepts on the metaphors of life with a fresh perspective makes him a standout talent. In “Flip,” DICI’s addicting hook alludes to how quickly people switch sides when fame comes into question, how people once said he would never make it to now praising his success. The song and music video serves as a true testament to DICI’s creativity and musical genius.