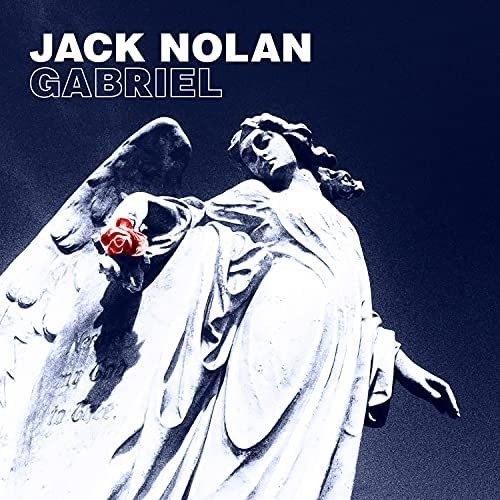 Although Gabriel is not a country album, this Australian singer/songwriter incorporates banjo into the textures of the project’s title track. Like all of the elements applied to Jack Nolan’s fifth solo album, however, each element applied fits the song perfectly.

The very next track, “Chit Chatter,” puts electric keyboard up to the front of its mix, which gives it a slightly soulful vibe. Nolan is a serious man – obvious from the depth in the lyrics to his songs – so it’s not surprising how much he dislikes meaningly conversations. Or as he puts it, chit chatter. During the second half of the track, Nolan can be heard applying a deep, disgusted vocal tone. He’s just not a fan of those that never get below the surface of issues when they talk about them. He’s like a treasure hunter, in a world of idle conversationalists. No wonder he gets disgusted now and again.

Nolan isn’t always pissed off, however. Take “The Sweet Sun Sets Over Sydney,” for instance. It’s a kind of love song to his home in Australia. Nolan sings it, yes, sweetly. He also sings it over an acoustic guitar arrangement, which also works in keyboard strings in order to give it a slightly orchestral feel. One also hears steel guitar, which is used for proper effect, rather than country-ing it all up. The song is a lovely word snapshot. We’ve all been taken aback by a lovely sunset. No matter where you are, sunsets can oftentimes be breathtaking. This is merely a sunset locale Nolan knows especially well. “A Fool Would Follow Me” is another acoustic guitar-based track. Nolan also sings this one with a soft approach. Eventually, electric guitar enters the mix — but in an unobtrusive way. A female harmony vocalist also joins Nolan in places during this recording. While “Hold Your Horses” is also mainly acoustic, there is nevertheless an ominous mood created by it. It’s a bit of a warning song to someone.

Vocals return to more of a ragged form during “Blue,” though. This one matches soul sounds with a distinct blues vibe, and finds Nolan sadly reflecting on a troubled relationship. The track’s sparse percussion arrangement may remind you of Daniel Lanois and his New Orleans music inspired approach to arranging music. That same sparse approach is applied to “The Hopeless Son,” which is barely percussive at all. He mentions addiction during the song’s lyrics, and it may be more about a friend or lover struggling with substance abuse. Whatever the inspiration, Nolan sounds truly downtrodden during its five-plus minutes of sonic sadness. In fact, it also has a bit of Tom Waits feel running through it, as well.

Jack Nolan closes his 10-song album with “Restitution Song,” which – with its acoustic guitar and steel guitar actually sounds like a country song. It’s one of those come to grips (come to Jesus?) types of songs, where Nolan is found to be in a reflective mood. He’s taking a good, hard look at his life and how he’s to move on from there. The arrangement builds as it goes, adding louder instrumentation and extra vocals. It’s a lovely, meditative manner to close out a smart and eclectic collection of folkish rock songs.