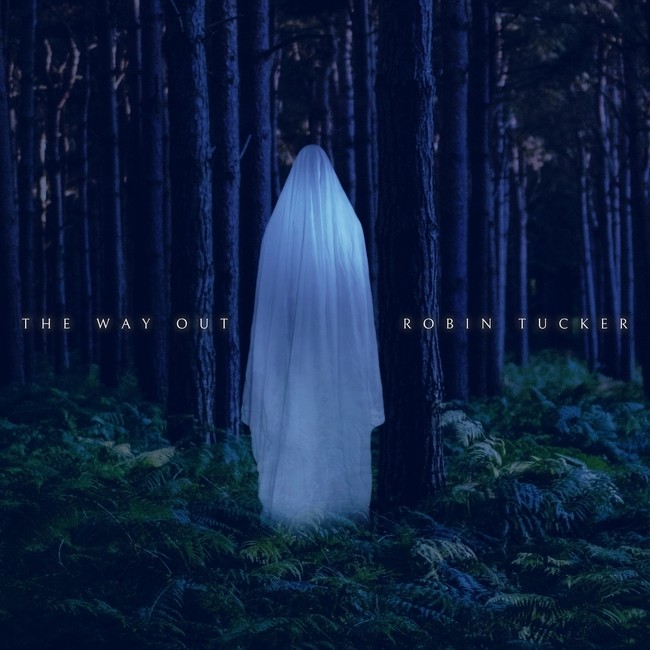 “The only way out is through” is a statement we have all heard at one time or another. For the up and coming artist, Robin Tucker, it was the cataclysmic phrase for his recent album ‘The Way Out’. His recent album is the latest addition to his ever evolving discography and comes off the back of Robin Tucker’s immensely impressive debut ‘Wild’. For a debut, Wild is not only pretty lengthy but overflowing with intricate musical transitions and hypnotic harmony. Not surprising for a classically trained musician studying at Berklee College of Music. More surprising when you realise he’s twenty.

His latest album ‘The Way Out’ speaks of the process of emerging from a self-imposed prison, both mentally and physically. Robin himself describes this diverse body of work as a “journey from darkness to light that everyone, in their own way, travels”. After my first listen, I have to agree with him. ‘The Warning’ tentatively kicks off the album, easing us into Robin’s atmospheric, often darkly intriguing, sonic universe. With grunge guitar lines and bass drums that hit you like a heartbeat, ‘The Warning’ showcases Robin’s captivating vocal tone straight off the bat. This young musician clearly knows how to mould a mesmerising hook. It’s often said an artist is one who lays their soul bare; ‘Sex Toy’ is a hauntingly honest ballad that sits at number three on the album. As the soundscape builds into the rockier realms Robin comfortably controls, the vulnerability at the core of this track never waivers. ‘Avery’ is another standout. In this track, Robin explores the electronic areas of his artistry with the robotic intro. Whilst it quickly swings back into the indie rock landscape he sculpts so well, there’s a poppier feel to the repetitive hook and astounding ab libs that run riot throughout the track. Concluding the album is the breathtakingly bold track ‘Reignfall’. Robin Tucker’s harmonies swim through your speakers, almost swelling in the air as they build. Robin’s vocals are second to none here as he sails over a simple soundscape of piano refrains. Utilising his classical training, ‘Reignfall’ is the most compelling union of classical tradition and sombre pop. All thirteen tracks that make up ‘The Way Out’ are singles in their own right. That’s a pretty big deal from an up and coming artist. After my first listen of ‘The Way Out,’ it was clear there’s no way out of being a fan of Robin Tucker.

Listen to ‘The Way Out’ on SPOTIFY NOW