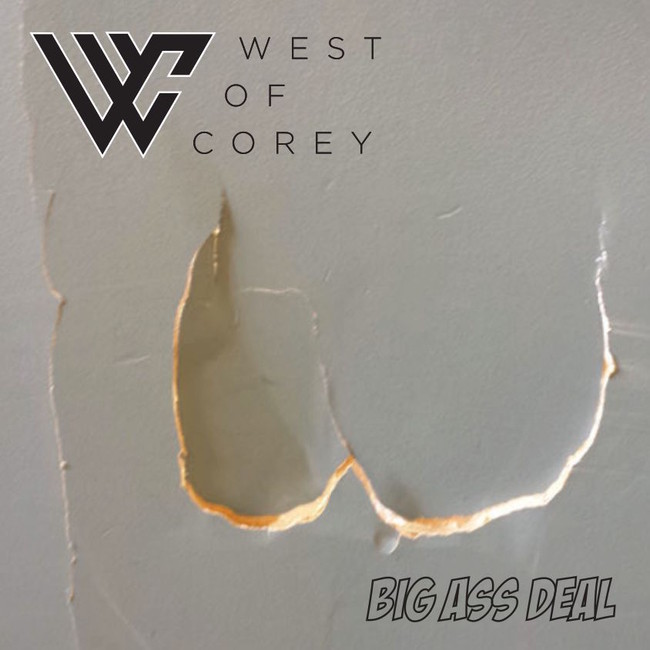 West of Corey has brought out the gun in their recent single ‘All Alone’. With a sound so self-assured, you’d be forgiven for thinking West of Corey had been on the scene forever, yet this is their first collaboration with the singing sensation Stacey Squires. Having lent her pipes to celebrities such as Ricky Hatton, Mike Tyson and Bonnie Tyler, it’s no question that her recent merger with West of Corey won’t be something you’ll want to miss. The band is made up of Corey Birkholz and James West Foster and together Corey’s composition and guitar skills meet James’ production and bass chops in a sweet spot of sound. With all three individuals boasting a wealth of experience, their upcoming album ‘Big Ass Deal’ is going to be… well, just that, a big deal.

‘All Alone’ is the atmospheric hard hitting tune to first be released from their upcoming album. At its core, this latest West of Corey single boasts the energy of an electrifying rock ballad. Corey’s grungey guitar riffs form the foundations of the track as they strongly sail through the thick soundscape. In true metal meets rock fashion, these power chords plunge you into ‘All Alone’s rich sound world. What’s intriguing about ‘All Alone’ is the subtle fusion of the rock realms with a blues undertone. Perhaps it’s West’s steady bass lines, the slightly swung drum intervals or the quieter sections that separate the heavy choruses, but ‘All Alone’ is a refreshing remix of influences. Speaking of West’s bass, his dynamic riffs fill the space between Stacey’s melodic line perfectly. With subtle rise and falls, West creates a gentle push and pull within the heavy soundscape. Stacey Squires belts out the heart wrenching lyrics with utter passion, power and precision. In ‘All Alone’, Stacey embodies what it means to be a formidable female force in the field of rock. Her commanding tone and powerful performance presence sails over the strong sonic universe West of Corey have sculpted as she belts some high notes that will have your hairs standing on end. ‘All Alone’ is a tune that deserves to be blasted at the highest volume and with the upcoming album ‘Big Ass Deal’ set to start streaming soon, it’s no question we’ll be having some noise complaints in the near future.

Listen to ‘All Alone’ on SPOTIFY NOW

Watch the Lyric Video for ‘All Alone’ on YOUTUBE NOW