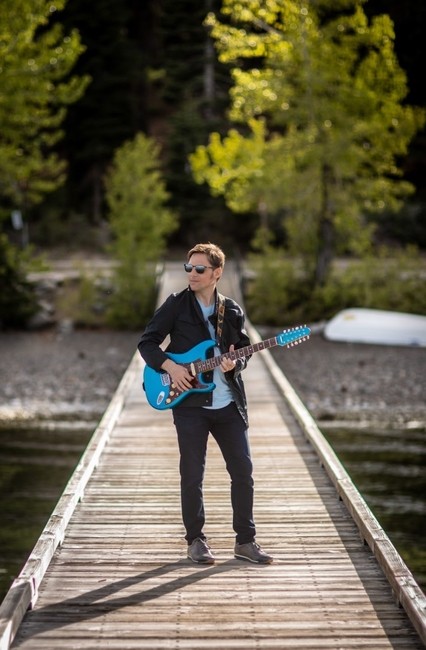 When you have a family member in the Rock & Roll Hall of Fame, you can’t help but be proud – especially when it’s your own father. Our heritage can give us pride and purpose and the lines of creativity that run from one generation to the next can give us roots. But it is up to the new generation to leave behind the man-made pedestal and carry the legacy forward to give it wings. Such is the case with the brilliant and masterful songwriter known as PINDER.

Those in the know are aware of the powerhouse talent of Michael Pinder, who is making waves not only as a musician, but also in poetry circles where he is garnering a growing following. There, his name is creating a groundswell and he has become known as simply PINDER, the poet. Ever the wordsmith, PINDER has had creativity running through his veins since childhood. Growing up with such a musical family is bound to give you a unique view into creativity. The family business of music wasn’t forced on him; young Michael fell in love with it all on his own. Since then, he’s been blazing his own trail into the music world and making the last name Pinder even more legendary.

“Same Mistake” is an intense and rich song from start to finish. The song starts strong with an intense whirlwind of wood and string instruments that continue to bellow into the rest of the song. Then, as quickly as they started, they’ve suddenly washed away and what’s left is PINDER’s stunning voice. Surrounding his voice is the most charming, cinematic piano run. Right when you think you have the sound figured out, it gets turned on its head with powerful guitar riffs and badass drums. The lyrics tell a story from PINDER’s pensive point of view: a story of a boy who puts his heart out to a girl who doesn’t notice. It’s a reminder not to make those same mistakes over and over again.

The video for “Same Mistake” matches the intense feeling the song holds. It starts with a high zooming shot of PINDER laying in the middle of a grassy field with his eyes closed. As the song begins, his eyes snap open, and the adventure begins. The visuals are absolutely stunning as he stands on top of a beautiful cliff and walks through luscious valleys. As the second half of the song kicks in, we see overhead shots of a storybook town carved into the larger coastal landscape. This seaside town springs to life, yet PINDER is a man out of time, walking backward along its narrow, chiseled streets. He is a man beset by memories, the shape of which ultimately propel him beyond the trodden road and out to the water’s edge. It is here, where sky and water fuse into a pure patch of blue that he must make a new choice. The video comes to an end with his silhouette walking away into the gorgeous curtain of sunset ahead of him.