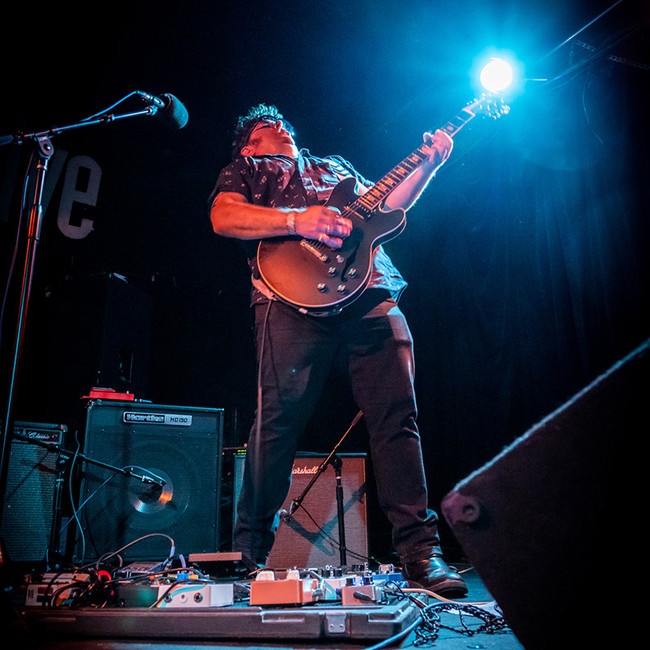 Describe the heart of your latest single and how it came to be?

‘Highway 101’ is a song about my first road trip to California at 14. The lyrics come from the feelings at that time even though the story is fictitious. The seed of truth is the trip speeding along the Pacific Ocean in a convertible with a beautiful person. And the rest is an amalgamation of many feelings of love over the years.

What kind of change do you want to impact with the song?

The chorus is ‘Everybody’s got their own religion, everyone’s a priest in their own church’. That’s my reminder that no matter how we are hashtagged, categorized, or marketed to by others, we remain our own selves. In that uniqueness comes our unity.

Whoa, boy: the first version of it is on my 2010 solo album ‘Spouses of the Lowly’. It was recorded to 8 track 1/2 inch tape in the house I owned back then near Woodstock. There were (and are!) some amazing songwriters in that part of the world. My recollection is sending Mp3s to a few of them to get their opinion on it. It was and still kind of is a very different type of song for me in its storytelling, nostalgic nature.

What has been the fan reaction to it so far?

It’s kind of been incredible. More than one place played it when we showed up on tour this summer, haha! Both the video and the song at Spotify seem to have a lot of traction, too. Live, it is a great moment in the set, and the last song before our 3 song dance-a-thon ending.

Take us through the time and effort it took to be able to release the single?

During the pandemic, I booked a week at Tiny Telephone Studio in Oakland CA and had written 7 new songs for a full album. I dug through my back catalog to see which older songs might work with the newer ones. ‘Highway 101’, ‘Spouse of the Lowly’,  and ‘A Letter to St Peter’ all sort of fit the theme of the rest of ‘Cacophony’ — isolation, loneliness, hope.

Is there an emotional part of letting go of a song?

Part of why I enjoy recording songs mostly live in the studio is that once the ideal take is recorded, you’re mostly finished. It’s too easy with technology to keep doing version after version, take after take, fix after fix. My goal is always to get the freshest version of a song (even if it’s one – as it is in this case – that I’m re-recording)!

Is there an amusing moment that makes you smile when you think about the journey of the single?

The song was originally written during a very dark time in my personal life, and in some ways, the wistful nature of it helped heal me to think about the future. After writing it, life actually took me *to* California where I ended up driving on Highway 101 all the time. So having the chance for it to have a brand new life and personal meaning is pretty great.

What is a kind word that was imparted with you that you hold onto?

There’s a lot of versions of this quote — it would be ‘To love others you must first love yourself’ attributed to Leo Buscaglia, an awesome author worth your time. And in my moments of doubt, it really rings true.

Thank you for this positive interview! How do fans follow you? And most importantly stream your music?!

Thank you for the questions! My most active space is Instagram (though I’m taking a bit of a social media break, post touring) at

URL: www.thegreghoy.com and this photo is from our Denver show by Karson Hallaway.