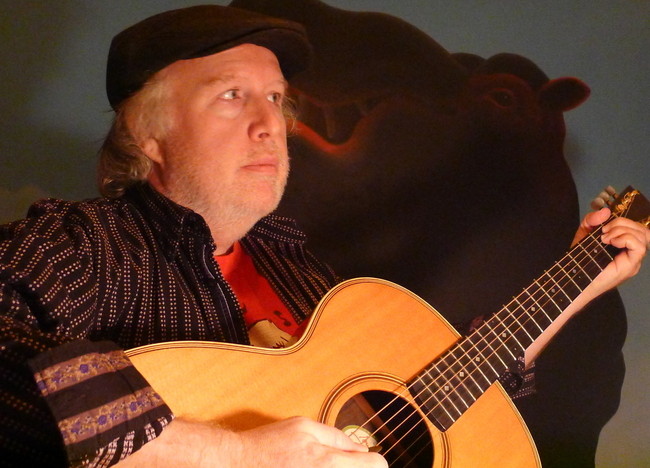 A black toy car rests on its side on a wooden table. Deep vertical scratches in the wood testify to the table’s age and its heavy use, and maybe to the dedicated craftsmanship of its owner. The car doesn’t move, and the camera taking a picture of the car doesn’t either. But by placing the car on different areas of the table, taking quick shots, and stringing them together, this Bombardier Jones video generates a startling illusion. Suddenly the little car is rolling forward in the rain, bouncing over bumps in the road, persisting in its course in conditions that could best be described as challenging.

That’s just the first sequence in the endlessly rewatchable video for “Great Idea,” the pop-psychedelic kickoff track on Dare To Hope, Bombardier Jones’s latest album. Filmed and edited entirely on a phone, the video proves that great ideas and the camera in your hand (or pocket) are all you need. That, and a pile of clever ideas: the clip by director Lone Resident demonstrates a resourcefulness and ability to generate evocative effects from the simplest means possible. But really, the essence of the song — and maybe the entire album — is there in that opening metaphor. For the past two years, we’ve all been driving through a storm. We’ve all experienced turbulence. We’ve all been as humble and vulnerable as that toy. And we’ve kept going anyway.

It takes bravery to maintain hope in hard times. That makes Bombardier Jones’s album — one that leads with cautious, well-earned optimism — a true study in courage. But longtime fans will also recognize in these songs the same combination of irreverence, sardonic wit, wordplay, compassion, and acute observation of the human condition that’s present in all of Jones’s work. His unerring sense of melody continues to guide him, and he remains a master at small-combo arrangement and vocal harmony. Jones is the kind of songwriter who knows just when to introduce a sonic or lyrical element that intensifies the emotional force of the track: a percussion break, a wry aside, a piano solo, a sneaky guitar riff. He’s relaxed and approachable, but he remains present to every detail of his songs.

Jones had some help from talented friends.The Baltimore rocker’s collaborators on Dare To Hope include contributions from the legendary Dave Mattacks, drummer for Fairport Convention, pianist John Carroll of the Starland Vocal Band, and guitarist Kevin Barry, who has supported Roseanne Cash, Ray Lamontagne, and many other luminaries. Together, they’ve created a track that’s direct, inspiring, and catchy but which contains surprising depth. The same can be said of the “Great Idea” clip. The video is a rapid-fire succession of domestic images – toys, dolls, finger-paintings, the walls of a child’s room – and the rapid cutting brings everything to a jumpy, nervy life. It’s an enchanted world he’s welcoming us into, a jittery and nervous one, but an alluring one nevertheless.