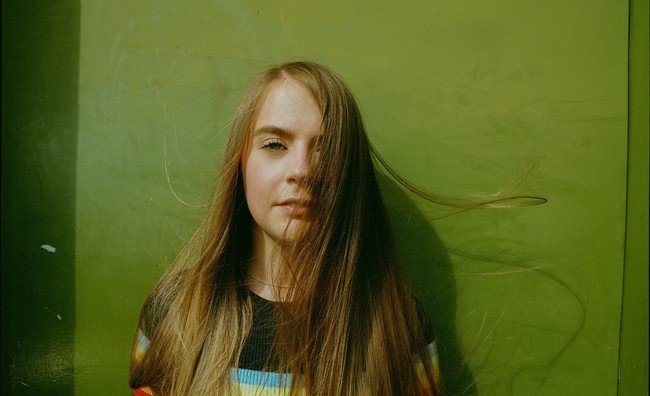 Following on from the fizzing and fun pop of previous single “Pick Me Up”, Edinburgh-based musician Becca Shearing aka SHEARS is back with the intense electro banger “Afterthought”, out today.

SHEARS had a successful introduction as a new artist in 2020 with sold-out headline shows, featuring on BBC Radio 1’s Introducing Hot List and her debut EP When You’re Around charting on a number of end-of-year lists. After a few months away honing her skills as an artist she returned last month with “Pick Me Up” and now follows with another terrific track.

“Afterthought” is again entirely written and produced by SHEARS herself, with mixing coming courtesy of Matty Green (Dave Sitek, Dua Lipa, Hailee Steinfeld, Weezer). It’s a darker sound, underpinned by an incredible bassline and trap beats, with SHEARS bringing both an incredible vocal performance and a myriad of synth sounds. “Afterthought” has layers to it, as well as being dancefloor-ready.

“It’s about someone who can’t see the wood for the trees,” says SHEARS. “Everybody else can see that there is something wrong going on in their life but that person doesn’t have the confidence to step back and see it for themselves. It can be really tough to recognise your self-worth, and so the message of the song is to trust your gut because it’s always right.”