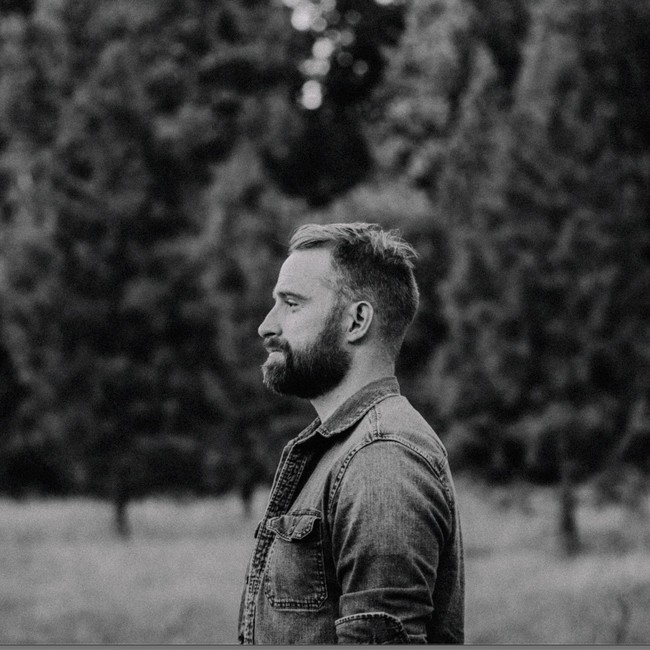 In every way but one, the group that Roger Jaeger has assembled to play the live version of his latest single, “It’s My Time,” will seem familiar. He’s got a drummer to lay down a steady groove, a pianist who supports the song with broad, ringing, resonant chords, and an acoustic guitarist who harmonizes beautifully and enthusiastically with the star. He’s brought his combo to a handsome brick-walled room befitting a dignified folk-rock group, and he’s even tucked a choir in the corner. With his easy-going manner and his expressive, videogenic red-bearded face, Jaeger himself looks the part of the Americana frontman. Yet that’s not a traditional six-string in his lap. Instead of a guitar, he plucks the strings of a gorgeous sitar.

The presence of an Indian instrument won’t come as any surprise to those who’ve followed Jaeger closely. He’s an American artist, but he’s one with a broad global vision — one attuned to the particularities and possibilities of other traditions and other cultures. Not only has he lived in India, he’s taught songwriting there, too. The Redding, CA singer-songwriter doesn’t always play the sitar, but whenever he does, he integrates it into his work with the compositional seamlessness and unerring grace that characterizes all of his artistry.

Yet at heart, he’s an inheritor of the transatlantic folk-rock tradition, and he’s always been as welcome on country stages as he is in India, Australia, New Zealand, and the many other places he’s taken his music. The original version of “It’s My Time” was recorded by Paul David (Johnny Lang, Sister Sledge) in Nashville, and it’s got the sturdiness and crispness that fans of folk-rock associate with Music City. It’s also a song that makes his urgency to communicate manifest: he’s paid his dues and done his research, refined his craft and found his voice. Roger Jaeger believes that it’s his moment, and he’s seizing it.

For the live version of “It’s My Time,” Jaeger has brought his team to a place close to home: Blackbox Studio in Redding. There, director Chase Smith captures the mesmerizing quality of Roger Jaeger’s performances: his total dedication, his belief in himself, and, just as importantly, his collaborators’ clear appreciation of his songwriting. Everybody in the session looks delighted to be there. They’re participating in creating a song (and a video) that doubles as a prayer. It’s a heartfelt message from an artist on the cusp of recognition, determined to get his singular voice echoing around the world.