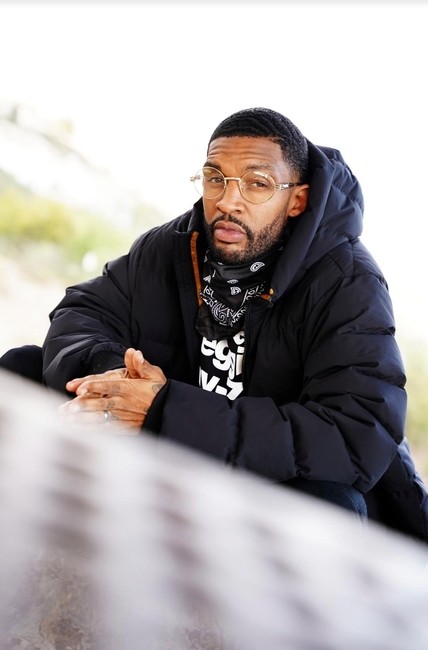 In a world filled with negativity, it’s important to notice the good things in our lives. Whether it’s the music we listen to or something that we do, it’s helpful to hold on to those little bits of positivity. If there’s one artist who knows all about staying positive, it’s Universe, The King. The Los Angeles native has been spreading positivity since he first emerged onto the music scene in 2002 when he went by the alias “16 Barz”. His positive and unique music style has made a massive impact on music listeners and some of the biggest record labels. His music has gained attention from Def Jam and Interscope records, as well as other hip-hop legends. He’s also known for being a driving force for bringing creativity back into mainstream music. His first couple of videos from his debut album have gained a combined 425,000 views on YouTube, and his success streak has yet to stop.

Like the title of the song, this track has nothing but good vibes. “Good Habits And Energy” is a 2-part energy-packed hip-hop song with a slight philosophical twist. Like all great hip-hop songs, this track has some of the most addictively catchy rhythms in the game with sharp, jabbing words of wisdom. It’s a song you can feel in your chest with each passing beat. The song, however, highlights UTK’s positive approach at life’s ups and downs through his relationship with himself and God. He raps about how all he needs is his faith and his confidence. Everything else and all of the drama that’s been happening around the world has no impact. After a long battle with depression after the passing of his dear friend and rapper Nipsey Hussle, UTK has never been more inspired, and it sure shows.

Once you turn on the video for “Good Habits And Energy,” the great vibes keep on growing. The video starts strong with UTK spitting bars as he ghost rides his sleek Dodge Challenger with Lamborghini doors driven by his wife. With the car parked, it suddenly becomes a dance party of three in the middle of the street with UTK, his wife and his daughter. As the song transitions, we see UTKs childhood best friends roll up ready to join in on the fun. The video becomes a meaningful meet up of friends who’ve become family all wearing UTKs “I Support The Homies” clothing brand. The video’s great vibes remain strong throughout cutting back and forward between a killer performance from UTK and a “meeting of the minds” with friends. The beautiful slow motion shot at the conclusion of the video exemplifies great energy from the past and present passed on to the future.