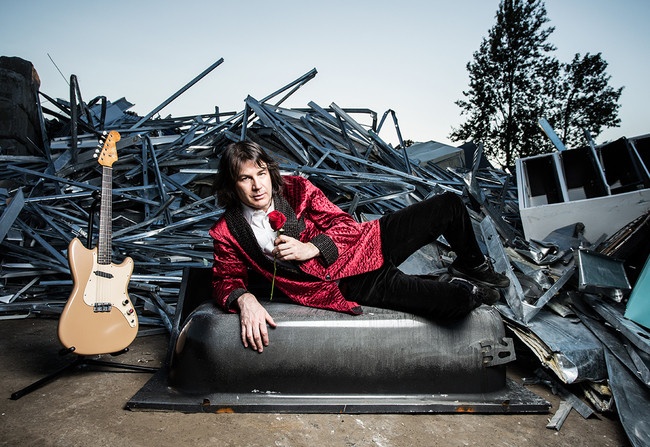 Single after single, Pennan Brae keeps perfecting his unique formula – now, he’s back again with another retro-cool lyric video. The Vancouver rocker continuously pulls inspiration from the ’70s and ’80s, which can be heard throughout his impressive discography. ‘Weed & Whisky Women’ kicks off Pennan’s 9th album, ‘Cinema’, released on June 25th, 2021. The lead single of the 11-track album was mixed by producer Kirk Kelsey (The Smashing Pumpkins). Like Elton John and other music legends before him, Pennan is a storyteller. Each song comes with a message or some kind of lesson embedded in its lyrics and videos. He’s an artist like no other, and it only takes a brief scroll through his discography to know you’re in for a good time.

“Weed & Whisky Women” shakes things up: the production is turned up a bit for a fresh and psychedelic sound, and female vocals weave in and out. The doubled vocals add a new richness and depth to the fast-paced song. Despite the new elements, “Weed & Whisky Women” remains a classic Pennan Brae song, with dream-like guitar riffs and strong beating bongo drums. The lyrics play out like a reminder to no one else but Pennan: a reminder as to why he’s giving up weed & whisky women.

Like most Pennan videos, the “Weed & Whisky Women” video will transport you back to the psychedelic world of the ’70s. Director Rob Fitzgerald is back at it again; here, he pulls inspiration from the psychedelic, tiki-hut world of the ’70s. The video opens with three silhouettes of dancing girls that seem to be doing some kind of hula. As the lyrics start to appear on the screen, the background changes into a never-ending lava lamp. With colors and imagery being swirled together into one big clump. These two unlocked something truly sensational again, and we have our eyes peeled for what they get up to next.