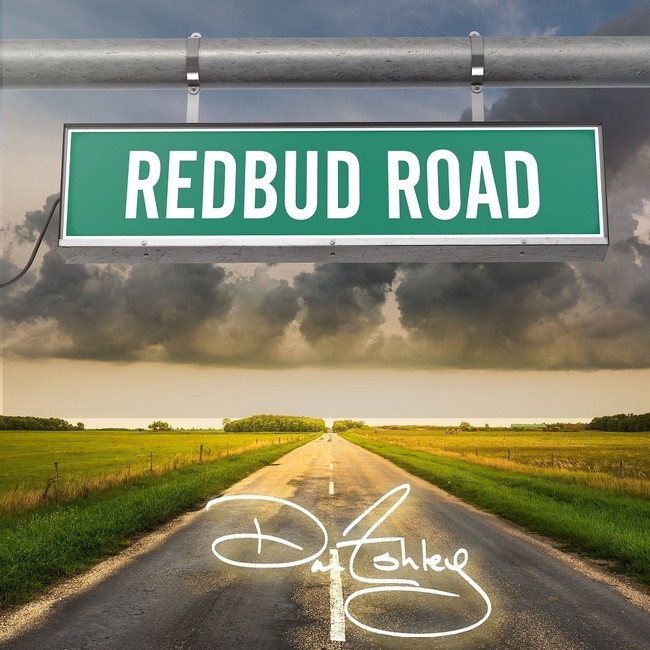 “Redbud Road” by Dan Ashley has the potential of being one of the defining songs in his entire discography. It perfectly captures what the artist represents. He’s a man made of stories and wanting to spread positivity wherever he can. It’s not an easy feat in a world that becomes as increasingly jaded but in the face of it, Ashley perseveres. He’s got a kind of Clark Kent straight out of Smallville energy, where the world still has potential, and we hold the things of the past in high regard.

The song kicks off with a drum riff before jumping into the song proper with its fantastic use of electric strings. Ashley’s falsetto is fantastic and controlled. When things kick into the chorus of the titular Redbud Road, the layering and the harmonies are fantastic and let the singer flex a little more in the higher octave range. “Friendship carved in stone, lazy days” are some of the imagery that he evokes. It’s innocent and all the better for it. I usually don’t like these kinds of songs that are all about the “good ole days”, but there’s something different about the track that just makes it so enjoyable. The backing track helps a lot, capturing the spirit of 50s and 60s rock hits, and even a little bit of acts like Electric Lights Orchestra thanks to the once again stellar and catchy harmony-filled chorus. It’s honestly kind of a surprise by the time the song comes to an abrupt end.

It’s not abrupt in the way that a lot of others can sound half-finished and just kind of give up, it’s more that when you’re truly enveloped by the song and it comes to an end, you’re just jolted. I’m not sure if it’s deliberate or not, but it has the feeling of getting lost in memory and having to snap back to reality as the great Eminem would say. I should also shout out the fantastic piano work that is also littered through the song. It’s always a nice complaint when you think the song isn’t long enough, even when it clocks past the 3-minute mark. The track was co-written with Ashely’s friend and producer Bill Bentley, and that level of collaboration is probably another part of why the song works so well. It’s a confidence you can feel across the whole song that even some established artists can’t convey.

Ashley’s goal of wanting to give back to the world both practically through his philanthropic organizations as well as his music is a lofty one, one that maybe the world doesn’t exactly deserve, but he’s giving it his all. I hope that with future releases, he taps further into the personal well of the past, but I’d also like to see what his vision of the future could be. You can currently find the song streaming on most major platforms and it’s the perfect kind of driving song for when any person finds their own personal Redbud Road.