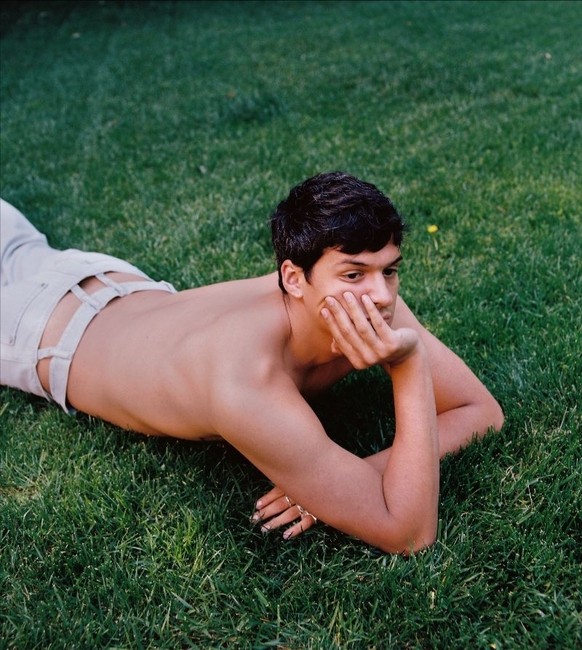 Omar Apollo shares the new song and video “Go Away.” At just under four minutes, the song shepards a new era for the artist and showcases his growth and talent as a songwriter. Coming alongside a Jenna Marsh-directed visual, “Go Away” was produced by Apollo along with the help of Carter Lang and Chromeo. The song is the first taste of new music from him following last year’s Apolonio which Pitchfork noted “undoubtedly stands on its own as his most fully realized work.”

“Go Away” also arrives ahead of Apollo’s North American tour kicking off later this month. The tour will be an exciting return to the stage for whom GQ called “one of the most electric live performers of his generation.” Beginning July 27th in Chicago, he’ll make his way across the country with stops in Houston, Portland, Los Angeles, Philadelphia and more, before concluding the run November 10th in Boston. He’ll be joined by Deb Never, Maye, Sofia Valdes, and Niko Rubio on select dates and will also make festival stops at Lollapalooza, Bonnaroo, Austin City Limits, and Music Midtown. Purchase tickets on his website.