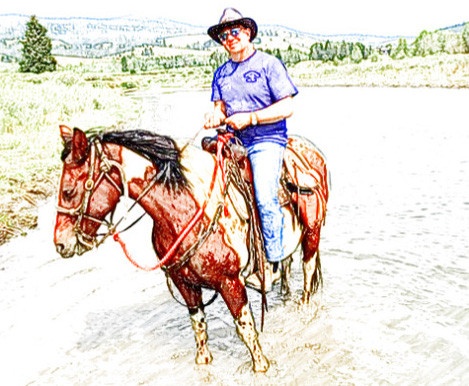 Singer/songwriters of all styles and backgrounds are coming out of the woodwork and taking over the narrative of pop music in 2021, and on the country/folk end of the spectrum, indie players like Chris St. John are trying to redefine what it means to be a purist in the genre. St. John is a singer/songwriter in the classical sense of the term, leaning on nothing more than a delicate instrumental backdrop when forging something heartfelt and wholesome with his lyrical content.

His new single “A Box for Jewels” takes the very notion of building a song around a climax alone and throws it out the window before we hit the halfway point in the track; for what he’s built in this release spreads out the catharsis from one end of the harmony to the next. He’s got a voice that doesn’t need a lot of outside help to sound crisp and gilded beside the peaceful guitar and piano parts in this single, and to me, his is an artistry that demonstrates how important meticulousness is when making a credible folk song. His execution is what won me over the first time I heard this track, and once you play “A Box for Jewels,” I think you’ll know why I say as much.

The strings in this single have such a perfect perch above the keys, vocal, and percussion that to even suggest arranging differently would be to ask if St. John could just write an entirely different song for us and give it the same title. There’s nothing replaceable in this mix; from the quiet nudging of the drums to the thoroughly-bonded relationship the guitar and the piano develop by the second act in “Box for Jewels,” this is about as fat-free a performance as we could ask for.

Despite his being a fresh face in the indie spotlight, my gut tells me this player doesn’t consider working filler into his sound an option when he records. Having lived a very colorful and exciting life in the courtroom before ever entering the recording studio, he knows how to manage self-control and ambition with equal attention, which is something a lot of his contemporaries would spend the better part of their early careers trying to figure out for themselves.

It isn’t difficult for me to understand why so many critics and listeners have taken an interest in Chris St. John recently, and if you haven’t given his style a try, “Box for Jewels” is definitely the right song to start with. With a mix centering on his dynamic lead vocal and a pace that never forces any element of the music to rush or urgently meet some impossibly virtuosic benchmark, St. John is able to come into this performance relaxed and swaggering, which gives us both a clear feel for his emotions in this piece and more than a decent indication of what he could do in future offerings as well. I’d love for him to tackle something a bit more up-tempo in his next release, but in any situation, I’ll still be keeping him on my radar this year.

The music of Chris St. John has been heard all over the world in partnership with the radio plugging services offered by Musik and Film Radio Promotions Division.  Learn more https://musikandfilm.com