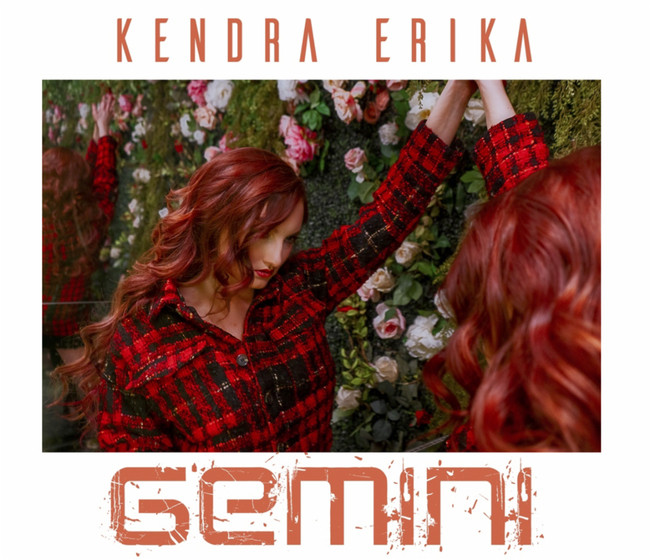 Previous singles “So Fly” “Avalanche” and “Song Of Hope” Have Collectively Over 1.5 Million Views on YouTube!

South Florida pop singer-songwriter Kendra Erika is set to release her new single “Gemini” on May 21st to kick off Gemini season. Kendra’s new single follows suit with her most recent release “Pure Love” which premiered with PopDust and saw Kendra diving back into her Dance/Pop roots that fans have come to know and love from her. “Gemini” also follows the success of Kendra’s recent single “Song Of Hope,” a ballad released earlier this year which boasted Kendra’s highest numbers to date beating out her past two singles “So Fly,” and “Avalanche” which collectively have over 1.5 million views from all three videos on YouTube! Building on her recent achievements Kendra plans to release Gemini with a goal to create another pop hit that can follow the success of her previous five Top 10 dance hits including “Self Control” which reached #1 on the Billboard Dance Chart.

“Gemini”- co-written by Kendra Erika & Chris Garcia (Lana Del Rey, Dua Lipa, Katey Perry, Dido, Demi Lavato, Santana) and produced by Chris Garcia is the perfect follow up to Kendra’s recent single “Pure Love” just in time for the Gemini season. “This one also offers a similar chill groove to “Pure Love” but a tad bolder to highlight the brazen playfulness and duality behind a Gemini experience,” Kendra said. When asked about the meaning behind “Gemini” she said, “Being that I love astrology and the zodiac, the sign of Gemini is a very dynamic one, and one that can be played around with musically and creatively. Chris Garcia and I were listening to the arrangement he curated, and for some reason, we both started singing “oh, Gemini”, and that’s what we ran with. One of my most exciting and tarnishing relationships was with a Gemini, might as well make it the time to write about it! To my astrological findings, my moon sign is actually in Gemini, so it was fun to play with that innate duality when filming the music video.”

Check out the premiere of the new music video on Rollacoaster.Tv :
https://rollacoaster.tv/pages/interview_with_singer_songwriter_kendra_erika

Kendra Erika is a spicy, bold, artist with a touch of vintage Hollywood complemented by the desire to help others. It’s fitting that Hollywood Life dubbed her “the queen of hearts,” and that she has attracted musical collaborations with the creme de la crème in the industry. She has worked with a bevy of Grammy winning producers such as Charlie Midnight; Jan Fairchild (Elton John, Mary J Blige); John DeNicola (Hungry Eyes and Time of my Life from Dirty Dancing); Damon Sharpe (Ariana Grande, Jennifer Lopez); Ned Cameron (Kid Ink, Lil Wayne); Mark Mangold (Cher, Michael Bolton); Luigie “LUGO” Gonzalez (Janet Jackson, Madonna, Barbra Streisand); and Ronnie “CHICO” DeCicco (JLo, Kistine W, Rihanna, Britney Spears). Kendra has performed in major music clubs around the world and has opened for international pop artists, including Jason Derulo.

Fans will get the opportunity to hear more of these collaborations with these amazing producers when Kendra releases her forthcoming album scheduled for release later this year on her own label Oystershell Music via a new distribution deal with industry leader Symphonic distribution. Stay tuned to Kendra’s socials (below) for more information in the buildup to Kendra’s upcoming album release.