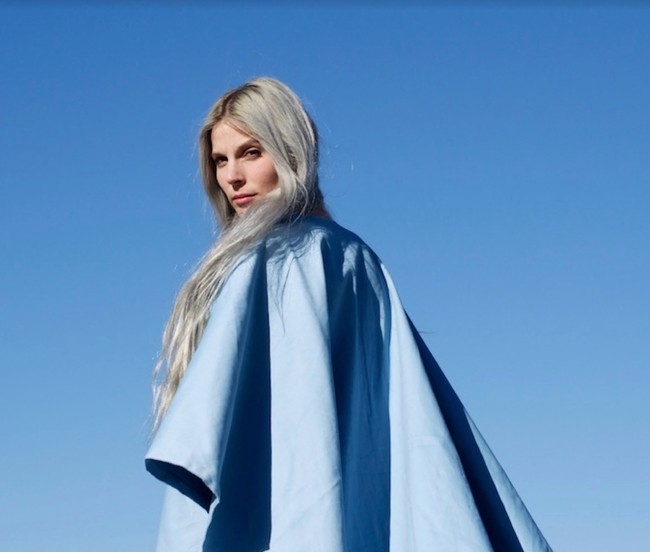 Sundry backgrounds alongside multifaceted musicians amount to a collaboration that radiates daring synthpop of simple elements with a complex nature. More specifically, dark electronic-synth pop requires scrupulous attention, and PIERA are the bearers of the synthetic torch. Piera Klein and Micah Plissner combine their diverse musical resumes – Micah is a multi-instrumentalist and producer originally from NYC, and Piera is a singer, songwriter, and composer from California – to intertwine and evolve every beat and every note. Their sound is electronic and underground, emphasized with psychedelic undertones and evocative vocals. Their recent heart-racing single, “Unraveling,” grabs the listener and doesn’t let go, and with their brand-new release “Cosmic Reaction,” PIERA continues to arouse with mystical indie and synth-bursting intimacy. The hypnotic Los Angeles combo gain inspiration from artists like David Bowie and encourages listeners to take after them: create art, enjoy nature, and “arouse your consciousness”.

As the duo PIERA, Plissner and Klein unite under one moniker. No matter the song, as true collaborators, both their names and aesthetics are experienced throughout the work. Their debut album, PIERA, was co-written and produced by both as songwriters, musicians and producers. Originally inspired by psychedelic garage bands, “Cosmic Reaction” morphed into a celestial soundscape that takes listeners into another dimension and world entirely. The experimental art collage video plays with different environments, color palettes and dream like states, tickling optics and the senses. The video brings extraterrestrial energy onto the confines of Earth. PIERA’s avatar explores various environments (from the California desert, to the Atlantic Ocean and through the Puerto Rican Jungle of El Yunque) she wakes up in numerous terrains. The goal was to showcase Piera as an interstellar mystic, and it was a natural progression because of the cosmic energy she carries. No matter the color that’s popping on the screen or the landscape Piera finds herself in, PIERA gives you a retro mystery tour and experience that makes melds perfectly with these modern times.