It’s an honor, privilege and blessing to get to work with the uber-talented Sophie Dorsten once again! From the first moment I heard this young, female artist I knew I was witnessing greatness in its early stages. Sophie Dorsten can do no wrong when she sings and harmonious notes come rushing out of her voice box. I’ve said it before and I’ll say it again until I’m blue in the face, Sophie Dorsten is such a raw, pure talent with an incredibly, BIG voice! 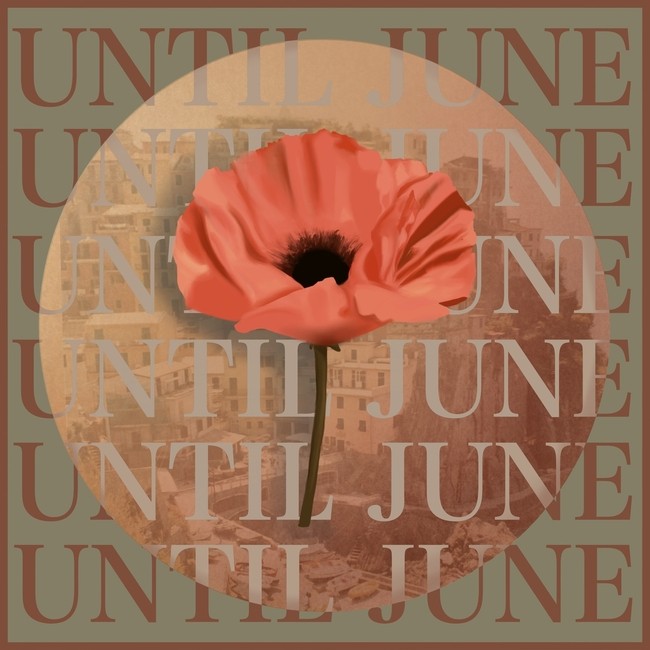 Sophie has teamed up with her brother, Alex Dorsten, once again to create a musical masterpiece called “Until June”. This song is even more special because it was released on Sophie’s birthday, which was May 28th, so plenty to celebrate! I thoroughly enjoyed listening to “Until June” because the track has such a pleasant vibe that instantly pulls you in. As soon as I hit Play, I am hearing impeccable playing on acoustic guitar that caught my interest right away. Then, Sophie’s amazing voice jumps in and “Until June” is blossoming right before your very ears. The listener will pick up on a lively sound while also hearing an angelic voice and warming vocals coming from Sophie. Sophie Dorsten is singing to the stars & heavens here as the sister/brother duo knocked it out out the park! One will pick up on a peaceful sentiment on “Until June” that flows along throughout the entirety of the recording. “Until June” offers a very appealing tone with Sophie singing like a well-polished Pro and Alex Dorsten playing like a true champ. Sophie Dorsten has such a vast range vocally, lyrically and musically and proves it on “Until June”. This young, female artist has an extremely bright future ahead as Sophie & Alex Dorsten deliver one amazing performance!

Sophie and Alex had an incredible cast of professionals on this music project including: Mark Needham on mixing and Marcussen Mastering who mastered “Until June”. Sophie’s single will be distributed by Ingrooves and Universal Music Group while Sophie is managed under Dorsten Records. Her label is WorldSound and some exciting news is that with WorldSound’s help, Sophie will be releasing a new song for the remainder of 2021 with an EP in the works. Sky’s the limit for Sophie Dorsten and it’s scary to think what this rising star will cook up next! In the meantime, savor “Until June” in all its glory because Sophie Dorsten proves that brothers and sisters can get along just fine while also making phenomenal music in the process! The wait is over; “Until June” has arrived and you can stream it right here and SKOPE out the official lyric video: