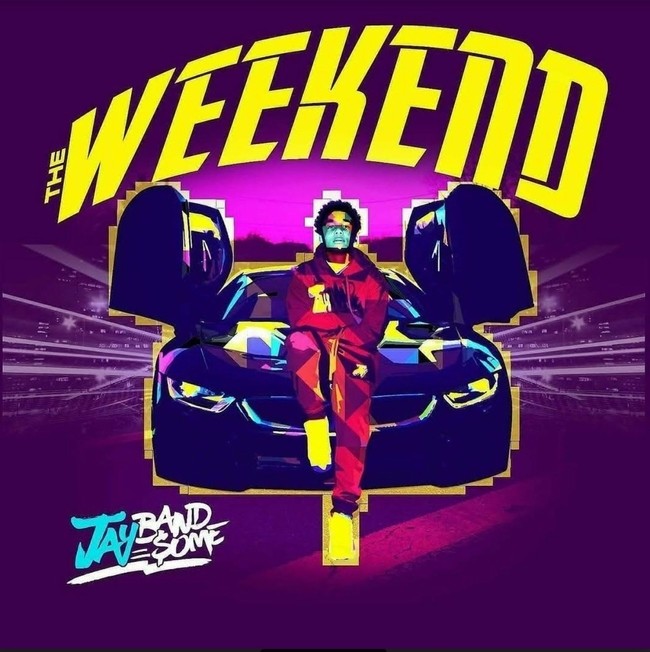 When we last saw Jaybandsome, he was rapping and singing in front of his high school in the clip for “Looking Up,” his debut single. He had the flow of an experienced rapper, but his world was that of a kid: he popped wheelies on his bicycle, flirted with his classmates from a respectable distance, and got into the car on the passenger’s side. But what a difference a few months makes! Jaybandsome reminds us twice in the verses of “The Weekend” that he’s seventeen – but these days, he’s firmly behind the wheel. If “Looking Up” was the introduction, “The Weekend” is the coming out: the undeniable single that firmly establishes the rapper as a new voice worth following.

He’s building on a firm foundation. Jaybandsome’s early start in show business has taught him how to keep his balance amidst all the noise and excitement – and he’s applied that knowledge to his performances. He never overheats, but he never slows down, either: he keeps the track smoking, all while maintaining a preternatural cool. Jaybandsome can spit rapid-fire rhymes and croon irresistible choruses, but his most impressive superpower is the seamlessness with which he can transition between modes of delivery. He’s got characteristics that only the stars display: flexibility, adaptability, absolute confidence in his talents.

Superficially, “The Weekend” is a song about escape and release, and a celebration of parties to come. But it’s also a testament of transition – a writer on the cusp of adulthood, stepping into a hedonistic lifestyle. Jaybandsome’s voice hovers between the free-spiritedness of adolescence and the toughness of manhood on the verses; the choruses are pure spun sugar. He’s matched his words to a beat decorated by a spooky piano loop and thumping percussion. It sounds serious, intoxicating, and mesmerizing – like an invitation to a party for grown-ups.

A song like “The Weekend” requires a video that matches its extravagance. Jaybandsome has delivered with a clip that foregrounds his newfound swagger – it begins amidst the diamonds and gleaming watches at the jeweler’s shop and ends on the glamorous streets of Midtown Manhattan on a hot summer night. In between, Jaybandsome drives his date in the sort of gleaming sports car that befits a rap star. His face remains young, but his composure in the driver’s seat is total. His girlfriend knows that he belongs. We’re sure you’ll come to the same conclusion.