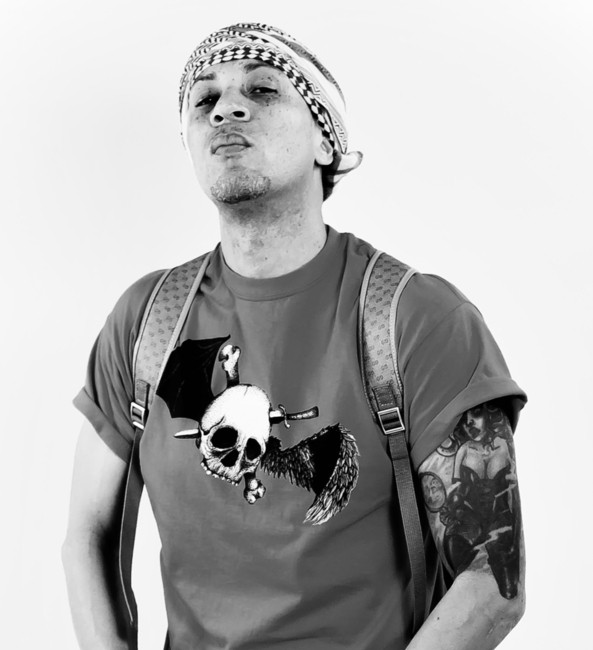 Every great American city has a hip-hop hero — an idiosyncratic, one-of-a-kind artist who makes music that represents his town’s singular virtues. Ask any true hip-hop fan in Portland, Oregon who that hero is, and they’ll tell you without hesitation: it’s Keary Kase. The Trenton, NJ-born rapper has become a legend in the Northwest through persistence, intelligence, deft writing, detailed storytelling, and complete dedication to his own version of high-quality hip-hop. He’s had his party-starting singles and mainstream hits — his 2002 single “Oowee” was a shot heard around the world, and it’s now a confirmed classic. But he’s best known for his thoughtful, penetrating raps, delivered over state-of-the-art beats, in a voice that communicates wisdom, long experience, insight, and, occasionally, ambivalence and regret.

“Remember The Time,” his latest single and video, is quintessentially Keary Kase, and it’s an outstanding introduction to the artist’s wide and varied body of work. The song is a letter to old comrades — one that manages to be wistful and pugnacious, nostalgic and forward-looking, caustic and self-critical, warm and diagnostic, all at once. It’s an example of the depth, range, and emotional complexity that Keary Kase brings to all of his storytelling songs. It also demonstrates the deftness with which he handles temporal and tonal shifts. The tale begins with a vividly rendered flashback and culminates in a beautifully written verse about the forces that pull good friends apart. Keary Kase has matched his lyrical wizardry to music that amplifies its intensity and its cinematic quality: ringing, tonally resonant kick drums, crisp gunshot snare, ghostly, haunting synthesizer, echoed electric guitar arpeggios, chilly-night ambiance. It’s a gorgeous production, perfectly tailored for a hard but reflective rhymer who raps with extraordinary nuance.

A track as beautiful as “Remember The Time” demands a video that matches its stylishness. The clip for the song doubles as a love letter to Portland: it opens with a long shot of Keary Kase crossing the Willamette River on a motorcycle and makes room for lots of equally dramatic footage of Oregon’s first city. But mostly, it’s a showcase for the star, who performs “Remember The Time” with that mixture of gravity, confidence, and self-possession that have made his name a byword for great Pacific Northwest rap. He carries himself like the local institution he is, and he’s shot that way, too — constantly fading in and out of the shadows of the city, as much a part of the landscape of Portland as the bridges and bright neon lights.