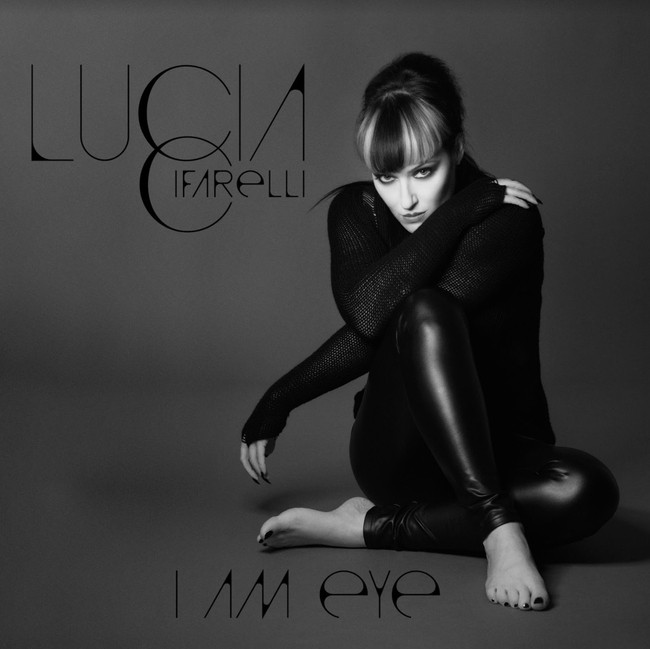 “I think it’s better you know I have a dark side,” sings Lucia Cifarelli on “Girls Like Me,” her new single. That’s a warning, of course, but it’s also a promise. The singer wants to get her determination on record: she’s got things to say, and she’s going to make sure she’s heard. But if you know Cifarelli’s music from her long tenure in the seminal German industrial band KMFDM — not to mention her own uncompromising alternative rock band Drill — you’re well aware of the darkness she can summon. You know that she can ride a pounding, relentless synth-rock beat with the same poise she shows when she’s raising her voice above the snarl of distorted guitars. I Am Eye, her upcoming album, contains everything that fans and followers have come to love about Cifarelli: it’s brash, smart, outspoken, and danceable, and despite the black magic that the artist often conjures, it’s upbeat and inspiring, too.

It’s also been a long time coming. I Am Eye is Cifarelli’s first solo full-length since the searing From The Land Of Volcanos in 2003. Once again, she’s worked with KMFDM frontman and co-producer Sascha Konietzko to find a striking middle ground between a post-industrial rumble and contemporary pop-rock. She’s also foregrounded her feminism and her fighting spirit — “Girls Like Me” is designed to be an anthem and a personal statement, and its application to the lives of millions of women is apparent from the very first verse. Consider this the first chapter of a musical autobiography: an introduction to a compelling character and the point of entry to an unforgettable set that documents the pivotal moments of Lucia Cifarelli’s life.

The clip for “Girls Like Me” is no less expressive or personal, even if Cifarelli herself is a mystery. Try to find her for yourself! The singer turns her camera on scores of women of all kinds: some young, some old, some visibly badass, some apparently sweet, but all containing apparent reserves of strength. Cifarelli has the knack for capturing the personalities of her subjects in a few quick strokes — you won’t know the stars of the “Girls Like Me,” but importantly, you’ll recognize them all. They’re people with dark sides and light sides, too: courageous, intelligent, and empowered, women in full. She identifies with them all.
She makes sure you will, too.