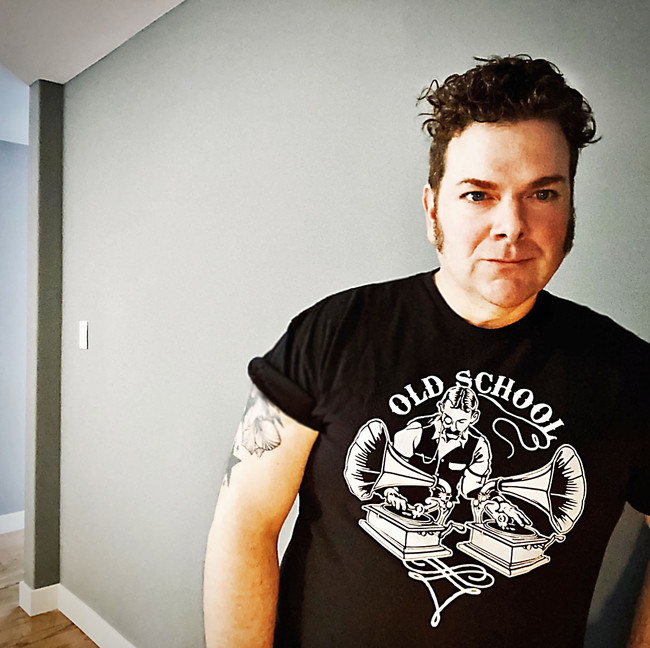 Independent venues are more than a place to hear music. They’re clubhouses, tiny dream factories, spaces for misfits, free-thinkers, record collectors and music obsessors, nonconformists of all kinds to congregate and share ideas. Every great venue in the history of independent pop and rock has been something like that — which is exactly why musicians have fought for their preservation. Without independent venues, the world of popular music would be gray indeed.

Those who run the Winters Tavern in Pacifica, California don’t make any claims to greatness. Theirs is a modest live room, two blocks from the ocean and a few towns down the peninsula from San Francisco. But it’s overflowing with history, hospitality, and good vibes, and no musician who has ever rocked the stage has ever forgotten the experience. Greg Hoy defied the gloom of the pandemic with an outdoor set at the Winters Tavern in February, and for his latest clip, he’s opening the doors and taking us inside. In the “Move Along” video, Hoy is alone on stage in an empty room. But his presence there is a celebration of Winters Tavern’s survival and a promise of happy nights to come.

If Greg Hoy looks right at home, there’s a good reason for that. He’s precisely the sort of artist that independent venues were created to serve: an endlessly creative, courageous rock songwriter whose music encourages camaraderie. Cacophony, his latest studio album, has the feel of a live show. The beats are danceable, the guitar riffs are muscular and catchy, the melodies are designed to grab the listener by the collar, and Hoy performs like he’s right there in front of you and determined to reach you. “Move Along” isn’t quite as frantic as some of the other pub rock party-starters on the set, but the beat is rock solid, the tune is irresistible, and Hoy’s performance is nuanced, smart, and immediately appealing.

Those are the qualities that independent venues help to hone in performers brave enough to take the stage. It’s hard to win listeners in a crowded tavern. It isn’t enough to have charisma and a good tune: you’ve got to figure out how to foreground them both. The “Move Along” clip captures Hoy in action, and even though there’s no crowd in the club to work, it isn’t hard to admire his natural quality, or how expressive he can be, or how utterly committed he is to the song he’s singing. Yes, the room around him is curiously still – the period of repose that began in March 2020 isn’t over yet. But we’re coming back, and Greg Hoy will be there. Winters Tavern will be there, too.