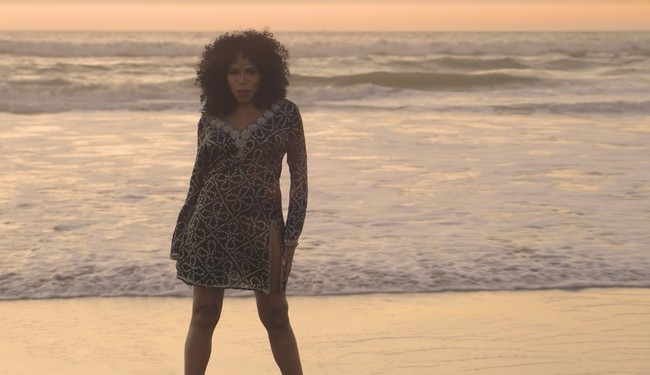 Five decades of working in the music industry is exhausting for many, especially when you don’t fit into the usual characteristics of a white-male-dominated space. That doesn’t bother Sharon Hendrix, though, so move aside because she is confidently stepping into her own dream. Beginning at the church pews at the age of 2 to touring with Barry Manilow, Tom Jones, and Elton John, singing on Bob Dylan’s albums and singing a duet with Billy Preston, Hendrix focuses on love and hope and finding diversity, equity, and inclusion in the arts.

The gifted pop singer/songwriter incorporates light electronica elements and progressive rock into her style. Not only does her show-stopping outfits, dance routines, and exceptional resume attract newcomers, the singer’s leading charisma is the trait that keeps her fans. Even during the lockdown, Hendrix was doing the most for her community, like performing for the Santa Barbara Unity Church and for the St. Charles Borromeo Holy Family December Telethon for the homeless. After nearly a year of self-reflection and re-structuring, Hendrix is opening her heart – and her spirit – and is releasing the graceful and romantic “River Run” music video.

After listening to a Sharon Hendrix track or watching a visual, you’re guaranteed to feel elated. No matter the context, she’s a master at lifting your spirits with her golden vocals and gleaming scenery. “River Run” is especially buoyant; the sun isn’t just shining on the beach, you can hear those same bright glints in her voice when she sings about her significant other. She stands firmly on the beach with sand between her toes and a smile permanently glossed over. When you find your person, everything else just fades away. Their presence becomes addictive, and all the time in the world with them still isn’t enough. The feeling is freeing, comforting, and irreplaceable. Hendrix perfectly describes it, “Mesmerizing lovers floating on the stream / A perfect dream.” The constant theme of water is cleansing and refreshing, and the relationship Hendrix is diving into is already renewing her.