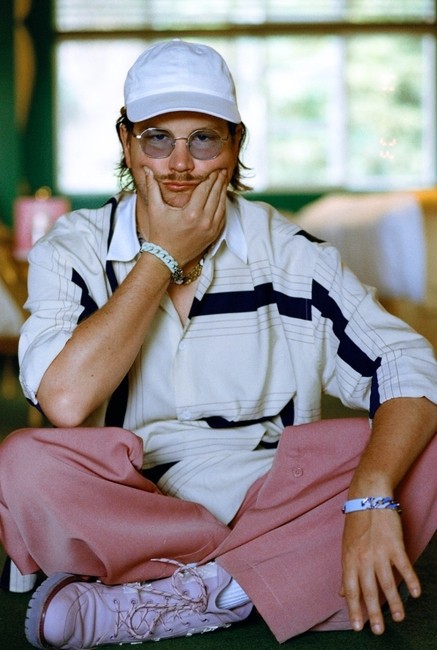 It’s not enough to make music. It’s not enough to have the top names and companies back you. It’s not enough to have a cookie-cutter face that’s suited for social media and trending dispositions. Music might sell, but personality is what makes people stay. Producer and singer Myd is perfectly known by HypeBeast for his “slightly weird and wonderfully feel-good style.” His mustache and baseball hat trademark style alongside his constantly bemused expression tastefully correspond to his eclectic take on indie electronic. The Parisian artist is a prominent act on the Ed Banger roster and recently collaborated with Mac DeMarco for an animated music video, “Moving Men.” No matter the project, Myd’s comedic-yet-genuine charisma always shines through.

Many artists find inspiration in nature and incorporate external muses into their artistry, but Myd takes those outside forces to a whole new level in the new music video “Let You Speak.” Every sound, each tone, and every texture is hand recorded by Myd and his buddies. The rush of a waterfall adds a soothing effect, performing inside a cave adds a nice reverb, and getting up close and personal with an alligator is worth it for the right rumble. The clock (aka metronome) is ticking, and the reluctant friends are losing their patience will Myd’s untamed ideas. They give him one more chance, and Myd has one final location that’ll complete the song’s production: a sea cave. The oblivious trio make their way into the treacherous cavity, and the camaraderie finally settles. Suddenly, perilous waves begin to fill the cave, and the singer wakes up on shore by himself.

Cut to a label meeting with his team, and Myd dedicates the music video to his buddies who didn’t make it out of the sea cave. The team is speechless until the executive chastises him for trying to make light of the situation. Silence might fill the room, but the funky track resumes in Myd’s head because in there, more ideas are stirring.