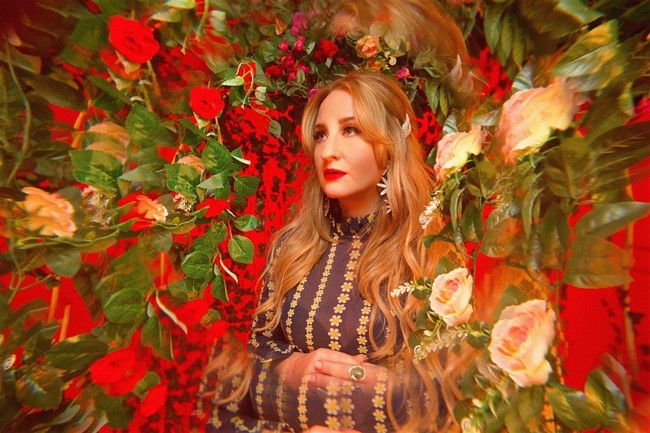 After spending several years performing it on tour, stunning crowds with the show-stopping staple of her live set, Margo Price has finally released her song “Long Live The King” as an official single. A favourite of both Price and her fans, the lyrics serve as a tribute to Elvis Presley, Martin Luther King Jr. and John Lennon. As Price ascends from tender eulogies to belting leads, the arrangement erupts into a wall of horns, organ and gospel choir. “‘Long Live The King’ is a song about three extraordinary men who changed the course of history for the better,” says Margo Price. “But no one is without flaw and they each had a duality in their personalities. This song is also about not idolizing celebrities or putting people up on a pedestal because we are all human and we all make mistakes.”

Today, Margo Price has also announced her own mail-order record club, A Series of Rumors. Over three monthly shipments, A Series of Rumors members will receive a limited edition, autographed box of 7″ vinyl records featuring the music of Price’s 2020 album, That’s How Rumors Get Started, backed with exclusive B-sides, covers and unreleased collaborations. Some are lost songs from That’s How Rumors Get Started sessions at both Hollywood’s East West Studios and Nashville’s Butcher Shoppe; others are from pre-production sessions in Texas with Band of Heathens, or lockdown recordings with Price’s band The Pricetags.

For the initial installment, “Long Live The King” will appear as the B-side to Rumors highlight “Hey Child,” in addition to “Twinkle Twinkle” b/w Price’s take on Bobbie Gentry’s “He Made a Woman Out of Me,” and “Letting Me Down” b/w “I’d Die For You” (Synthphonic). The first set of records will ship now, and subscribers will receive their second/third deliveries in June/July.