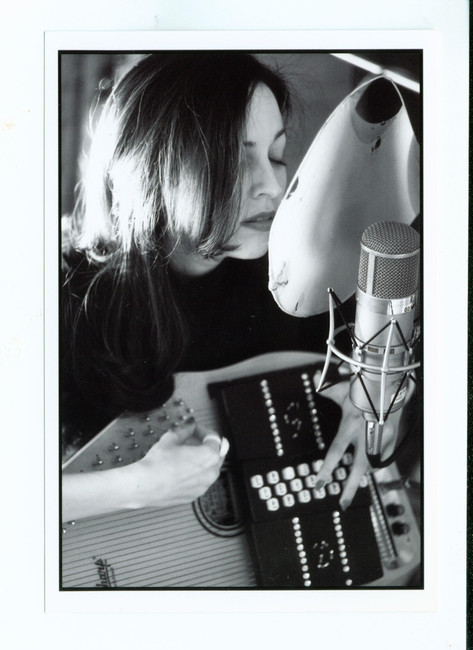 No other artist has had the audacity to create a covers album that travels from T. Rex to Willie Nelson and from Pink Floyd to Hank Williams — until Grey DeLisle’s “Borrowed.” The collection features string arrangements by Eric Gorfain (Radiohead, Coldplay) and Tammy Rogers (The Steeldrivers, Victoria Williams).

Once you hear “Borrowed,” you’ll want to keep it forever. However, you’ll have to wait. The album won’t be released until later in 2021. In the meantime, check out the second single and video, “Tonight You Belong to Me” (previously recorded by The Honeys in 1969 produced by Brian Wilson of The Beach Boys).

The video was directed by Ross Kolton and Marvin Etzioni. It was shot in the living room while the song was being recorded. Engineer Billy Mims set up shop on the dining room table. He’s also engineered records by Morrissey and The Black Crowes. Murry Hammond of the Old 97s is alongside Etzioni on acoustic guitars, Monique Mizrahi on charango, and, of course, Grey DeLisle, as the video documents THE live vocal take. The single was mixed by Mike Poole (Robert Plant/Alison Krauss) and mastered at Abbey Road Studios, London by Sean Magee (Grammy award-winner for his work with The Beatles).

And by the way, Grey DeLisle is also the #1 voice-over actor in the country ranging from “The Simpsons” to Wonder Woman.