Armed with Matilda’s distinctive soothing vocal, ‘Doomsday’ is a welcomed return after the release of last year’s acclaimed ‘Because I Wanted You To Know’ EP which has amassed over 6 million streams globally. Written during lockdown, ‘Doomsday’ is about the small things that make life good and knowing that during the worst times, things will always get better. 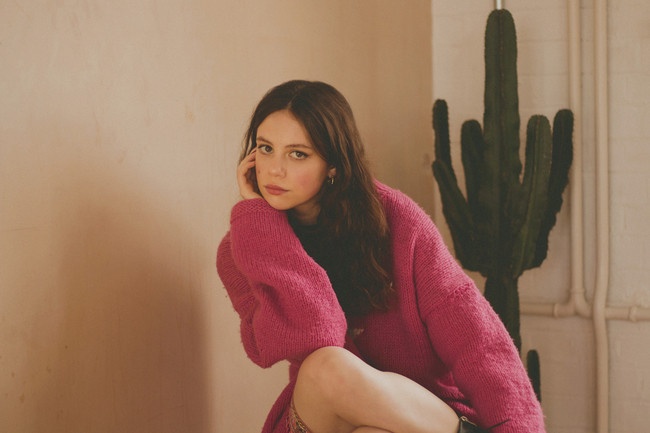 Speaking on the release, Matilda said: “‘Doomsday’ was written in December in lockdown. During that time, we really had to cling onto the small things in life, and sometimes it just felt like it was never going to get better. So ‘Doomsday’ was written to help people feel, that during the worst times, things are going to get better. We have each other and the small things that make life good.”

Growing up as an only child in west London, 21-year-old Matilda found herself soaking up her parent’s musical taste, which led to her to writing her first song aged 11. She has been writing ever since, her debut EP ‘If That Makes Sense’ inspired by notes taken from conversations with friends, or those overheard during tube rides and whilst working in a pub. Her EP ‘Because I Wanted You To Know’ saw her working with the likes of Rich Cooper (Billie Martin, Lucy Rose, Mystery Jets) + Matt Maltese, and featured stand-out singles ‘As It Is’, ‘Paper Mache World’ and ‘Happy Anniversary Stranger’.