With a slew of rapturously received singles under her belt released throughout 2020, Filipino-Australian artist daine has, within the space of 12 months, carved a unique niche within the modern pop landscape. On tracks such as ‘Ascension’ and ‘Angel Numbers’ she has consolidated a reputation as emotionally-driven pop’s next great hope; drawing on her love of the rich sounds of the glory days of midwest emo. Today, daine presents her own take on another burgeoning online sound; taking to hyperpop with her brand new single, ‘boys wanna txt’. 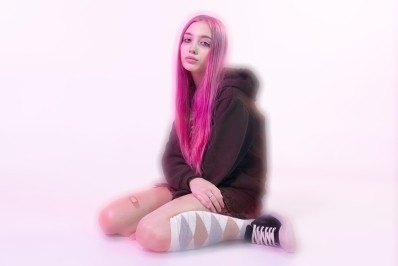 Featuring scene stalwart ericdoa and produced by Dylan Brady of the pioneering duo 100 gecs and Ryan Jacob, ‘boys wanna txt’ takes daine’s traditional formula and forces it into warp speed. Set to a frantic cacophony of digitised bleep tones and crushed 808 hits, the track’s production adds new colour to daine’s usually soaring sonic palette; a hyperactive moment of madness amongst the serenity that proves daine’s artistic versatility. Elements of her nostalgia-rendering songwriting remain throughout the song; exploring romantic apathy and a love of material things in a style that recalls the golden era of pop punk alongside her most infectious hook to date, before ericdoa delivers a freeform verse of lovelorn flows that act as the perfect counterpoint to daine’s melodic disinterest.

The track’s Oliver van der Lugt (aka Air Max 97) directed visual is a hyperreal, internet art indebted look into text-based exhaustion, with daine’s romantic indifference reflected within the video’s performance as she’s seemingly overwhelmed with overstimulating digital imagery. Beaming in from her own room set in outer space, the visual focuses in on online interaction throughout isolation in a fantasy hybrid IRL/URL space.