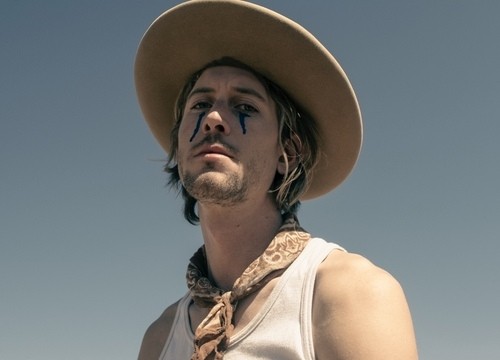 Today, Los Angeles-based artist Cale Tyson released “Alone,” his first single release in more than two years. The song was produced by Tyson himself and recorded at Lucy’s Meat Market in Los Angeles, CA. The video for “Alone” was directed by Manuel Mancilla and was shot in San Buenaventura, Mexico.

“‘Alone’ comes from a place of jealousy and insecurity, like so many things in life,” explains Tyson. “It’s about being convinced that your lover (or ex-lover) is seeing someone else and how that can potentially mess with your head. I wanted it to be kind of spooky, too, though – not necessarily just all doom and gloom. To me, it kind of has that character-slowly-going-insane-in-a-film-noir-horror-film vibe to it. But it’s a song. And it’s pretty.”

“We shot the video in San Buenaventura, Mexico. The director’s mom had a beautiful house in the middle of the town and would cook insanely delicious meals for us each day. We ended up shooting the thing in two brutally long days and left with the worst sunburns of our lives.”