Multi-award nominated Canadian alt-pop, electro-synth and velvet-voiced artist velours pulls at some of life’s painful yarn in this, her new single “Your Sweater” — available now. 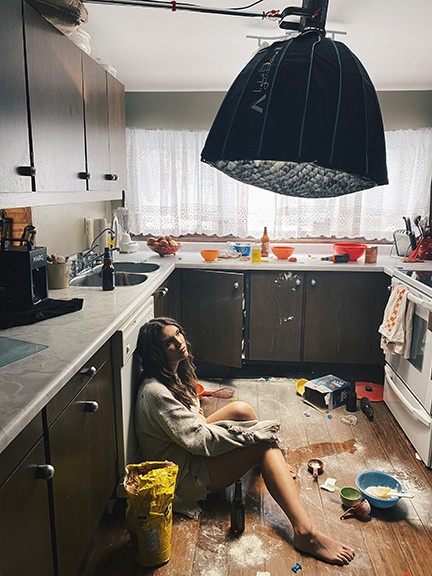 “For me, the concept of the ‘sweater’ represents the physical objects we tend to cling onto after a relationship has ended, and the other person has ‘checked out’ long before you have,” the Saskatoon-based singer/songwriter explains. “This idea of ‘what do you do when everything except them has been left behind’ really stood out to me; all of a sudden, these insignificant objects hold so much weight.”

Released in Fall 2020, the four-track offering has already resulted in a nomination for a 2020 Saskatchewan Music Awards Rock/Pop Artist of the Year; the album’s premiere single, “Summer Haze,” stacked more than 35,000+ streams across platforms, and its visual earned velours and Versa Films’ Dylan Hryciuk a second 2020 Saskatchewan Music Awards nomination for Music Video of the Year.