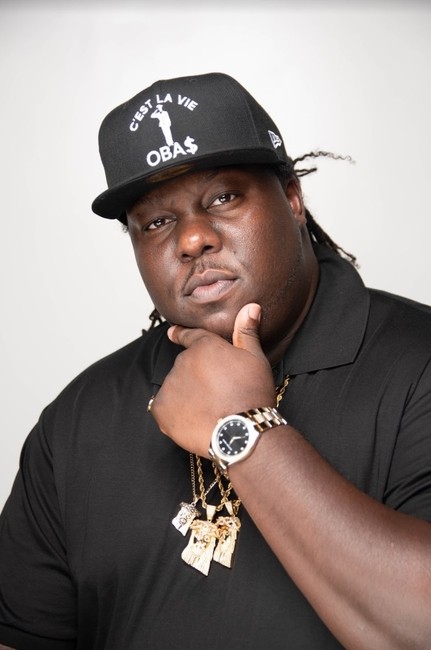 Superficially, Haiti and Danbury, Connecticut don’t have all that much in common. One place is tropical, very poor, and at the mercy of its international neighbors; the other is cold and stony, relatively wealthy, and knitted by threads of commerce and culture into the New York metropolitan area. Yet racism, inequality, and injustice trouble both places. Rapper OBAS spent part of his childhood in Haiti and his adolescence in Danbury (he’s still a Connecticut-based artist), and he’s written eloquently about his experiences, and drawn surprising parallels between the steamy Caribbean and chilly New England. Without needing to get specific, he draws, with confidence and insight, from his own personal story: the poverty, random violence, and desperation of Haiti, the indifference, systematic oppression, and casual cruelty of the United States, and his struggle to rise above the challenges of the streets. Wherever you go, it seems, there are dangerous characters, the lure of easy money and the thrill of the hustle, and the rare beauty of people doing the right thing in trying circumstances, and the far more common phenomenon of people giving in to the demons. Listening to OBAS’s music means encountering all of that: the urban human experience, in all its vibrant color.

The very first Rick Ross video told a similar story. Ross showed us the glamor of Miami Beach – and then jumped the causeway and pivoted to what he called “the real Miami”, the side of the city that doesn’t make the tourist brochures. For more than fifteen years, Rick Ross has been splitting the difference, rhyming with power and precision about conspicuous consumption, the perils of poverty, and the connection between the two. He’s always been subtly thoughtful, but he’s kept it radio-friendly, too, and his skills and charisma have made him one of the biggest stars in modern music. Given his perspective, it’s natural that he and OBAS would see eye to eye – and on “Hug The Streets,” their wise and worldly collaborative single, they bring out the best in each other, trading verses with such seamlessness that you’ll swear they’ve been rapping together for years.

Real fans of OBAS – and there are plenty – will already be familiar with the track. The original version of “Hug The Streets” premiered this summer, and its video has already been viewed tens of thousands of times on YouTube and other streaming services. The initial “Hug The Streets” clip found OBAS in a frosty Northern city; for this remix, he meets Rick Ross on the electrified streets of Miami after dark. He’s brought some outrageously eye-popping cars with him, too. But no matter how sleek the clip seems, the grittiness of the track, and the intensity of the performances, keeps it rooted in the long tradition of hardcore hip-hop storytelling.