Acclaimed rockers Left-Over, who are continuing to ride high after the success of their 2018 debut album Empty Shell, have announced the release of their most patriotic and social conscience song and video to date. “We The People” is available now – and the single is available on all DSPs. The first in a collection of new songs that will be unveiled throughout the year, the classic rock-driven group says it was imperative that they release “We The People” now as an urgent “plea for unity” and “reminds us that we are one nation, under God.” 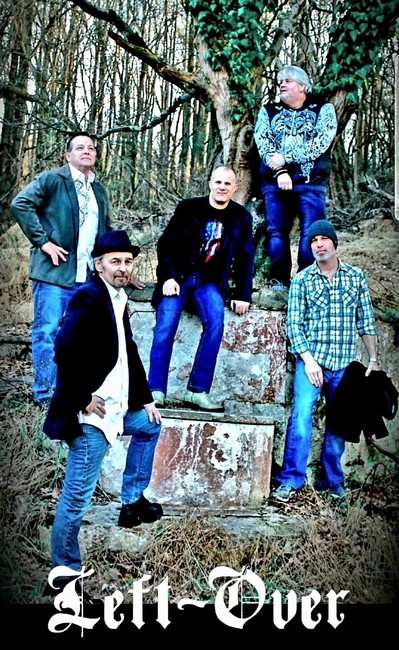 Vocalist Scott Willens, who continues to serve on active duty as an Army Lieutenant Colonel since 2002 in the wake of 9/11, including a 2007 Operation Iraqi Freedom deployment, said “The inspiration behind the video is the Constitution itself. Of course, the First and Second Amendments are center stage, but the video follows through the historical monumental trials and turmoil to forge and defend it. As a military Veteran myself, along with Navy Desert Shield Veteran and bassist Donald Beecher, we know this all too well.”

Both Willens’ and Beecher’s experience in the military have helped shape many of Left-Over’s songs, particularly the new ones. The band, which is also rounded out by Guitarists Jack Pollock and John Smith and Drummer Brian Freund, says the new material will be a continuation of the theme of some of their contemporary socially-enlightening originals, such as “Empty Shell, “Shame on You,” and “The Deplorables,” which were featured on Empty Shell.