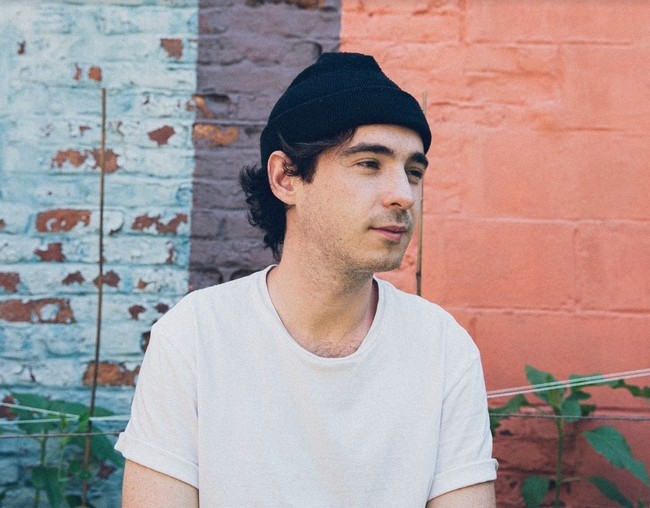 With so much around us pushing us inward – toward isolation and separation – Elijah Wolf has recently struck out along a different path. His 2018 debut On The Mtn Laurel Rd earned high marks from discerning pubs like Under The Radar and Paste, and he’s expanded greatly on that sound. With Brighter Lighting, he has moved beyond the spare and singular bedroom folk of his earlier work, shifting into a more collaborative, immersive sound. There’s a whole lot to not be thrilled about out there, beyond our walls. But Wolf knows that ground’s been trod flat by other songwriters by now. His adventurous spirit compelled him instead towards the infinite possibility and wonder that await out there. The Phoenicia, NY, native drew heavily from his surroundings, conceiving most of the melodies and structures for songs like “Brighter Lighting” on long-distance runs through the Catskills’ backroads, Dogwoods and Chickweed.

You can hear it all in this track: the air, the light, the escape. The loping piano follows a rhythm in no hurry to get anywhere. “Brighter Lighting” is lush and textured, a landscape of vintage instrumentation and psychedelic guitars. Wolf tapped friend Nels Cline (of Wilco) to provide guitar, part of a full band he rounded up and relied on to let the world in and get out an entirely new sound. The tried-and-true influences are there, all the subtleties and melodicism of Neil Young, Modest Mouse, and Kurt Vile. But, says Wolf, “I had spent quite some time reflecting on the experience writing my first record, a deeply lonely & personal one. This song is about looking back on those days & how life has moved far past them. It’s about taking those experiences & moving forward.”

The clip for “Brighter Lighting” was shot on Super 8 by director Dylan Kaplowitz and moves through Wolf’s hometown much like he might have, as he was putting the track together in his head. Big front porches, wide-open spaces, the Catskill range, and ice-cold waterfalls hidden in the woods all make appearances. Each feels like just the right place to throw this song on – or better yet, to play it. Throughout, Wolf strums his acoustic, accompanied only by deep woods undergrowth and the silence that comes with it. It’s a day-in-the-life of a guy who’s just trying to get out of his own head and maybe write a few great songs while he’s at it. Look for Wolf’s second album on February 26th.